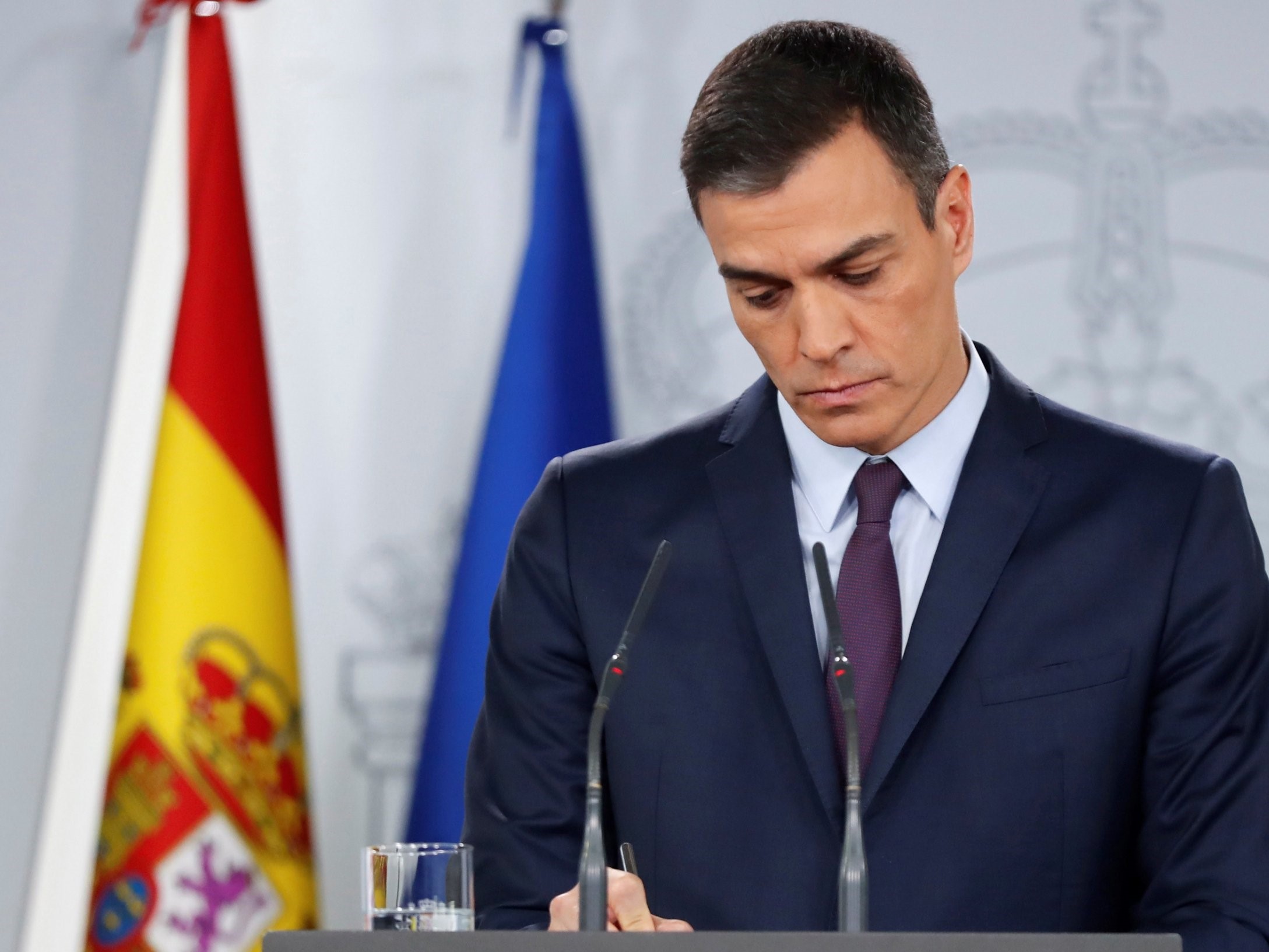 Communist Party of the Peoples of Spain issued a statement on the Spanish PM's call for general elections.
ICP, 20 February 2019
The Spanish Prime Minister Pedro Sánchez made a call for holding general elections on April 28. The Communist Party of the Peoples of Spain (PCPE) issued a statement on the PM's call, which they interpret as "a new failure of social democracy". As early as the motion of no confidence in June, the PCPE had amplified the necessity for raising the workers' and peoples' struggle in every sector against the new capitalist government.
The statement continues, "The Pedro Sánchez Government will go down in history because of its politics of gestures, the systematic breach of its promises and its international imperialist stance, clearly expressed in the support lent by the PSOE Government to the coup d'état carried out in Venezuela." Another conclusion that the PCPE draws from this new and short period of social democratic government is the "collapse of the new social democracy represented by Unidos Podemos" since they were unable to offer an alternative and fully subordinated themselves to the old social-democracy. While the PCPE asked for the withdrawal of Unidos Podemos' parliamentary support to the PSOE after the latter's support to the coup in Venezuela and proposed a call for general elections, the new social-democracy backed the government during the budget debates and "furthermore became the accomplice of its politics by completely moving away from any internationalism."
The PCPE warns about the false dilemmas that capitalist forces will adopt in order to trap the working class in the next elections by engendering a false dichotomy between social democracy and right-wing forces. The statement ends as follows:

"We call the workers from our country to not fall into that old and well-known trap. Our interests and our future do not depend on who manages our exploitation, but on putting an end on every form of exploitation and oppression. Therefore the Communist Party announces its participation in the next General Elections. And it does it with the top priority goal of accumulating workers' and peoples' forces in a breakdown line with capitalism; with the aim of organizing the big Communist Party our working class and our people need to put this country into their service. For one country for the working class!"

See the link for full statement in Spanish and English.
Tweet