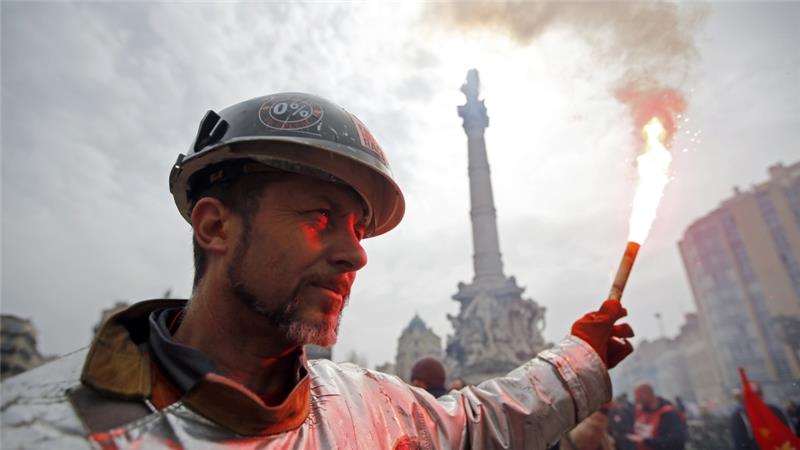 French Communist Party (PCF) declared its determination to the struggle against the labour law reforms.

The French Communist Party (PCF) stated that they considered the big wave of manifestations of 1.2 million people which prevailed all over France on 31st of March as a grand success.

PCF also stated that the street demonstrations only revealed a small part of the unrest in the country, where more than 70 percent of the people want the reforms to be withdrawn. It was reported that the communist senators also spoke their protests against the new labour law in the parliament despite the offenses of PM Manuel Valls besides the right wing and the socialist members.The communists put their position clearly on the issue: The labour law no thanks! (Loi Travail non merci !)

PCF declared its determination to continue the struggle, calling people to the streets on 5th and 9th of April.

See the link for the full declaration in French.

According to the unions' figures approximately 1.2 million took to the streets of French cities on 31st March, braving heavy rain to protest against the changes in the labour law, proposed by the Socialist government.

The proposed reforms in the labour law bring "flexibility" to the "social contract" of France destroying job security and introducing "precarity"in employment relations.