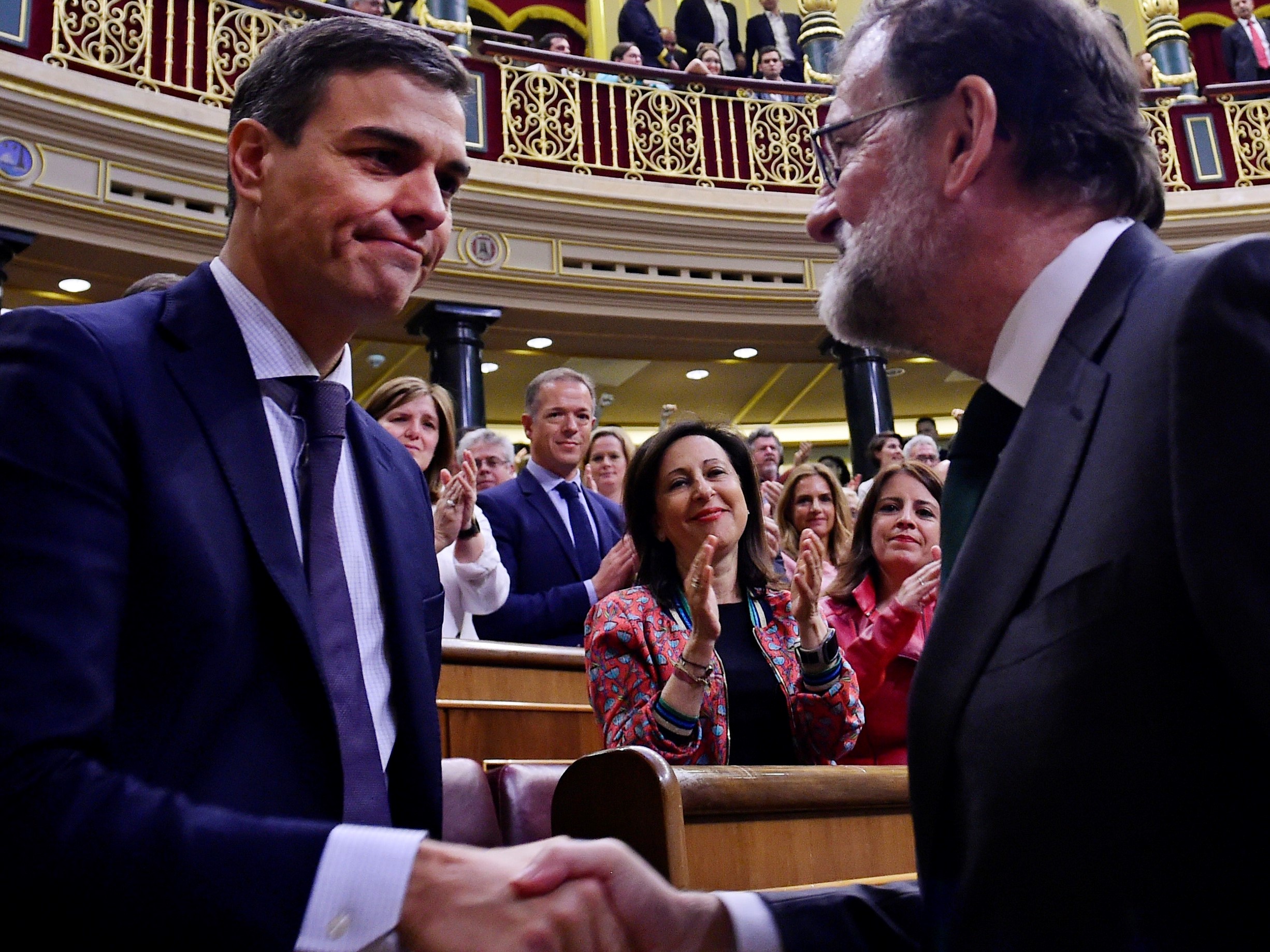 New Spanish PM elected, PCE puts forward urgent measures for the regeneration of democracy while PCPE refuses to place any hope in the new government.
ICP, 6 June 2018
Pedro Sanchez, the General Secretary of the Spanish Socialist Workers' Party (PSOE) became Prime Minister on June 2, a day after the expulsion of the Popular Party (PP) from the government with a vote of no confidence due to recent corruption scandals.
The Communist Party of Spain (PCE) puts forward that the vote of confidence, to which they gave their support, has resulted in an opportunity to reverse the tragic consequences of the PP government. The PCE promotes the role of the deputies of Unidos Podemos as "key to the success of the vote of no confidence" and as "the guarantee that the new government undertakes the tasks that make it possible to call general elections in a climate of democratic normality." The PCE declares four essential tasks on behalf of the new government: to close the stage of corruption, to regenerate justice and guarantee the full enjoyment of civil and political rights, to repeal reactionary measures of the PP, to normalize the situation in Catalonia. The PCE states that they will give their support to Pedro Sanchez only if his government adopts these urgent measures. The statement of the Secretariat of the PCE CC ends as follows:
"Today we celebrate having expelled the PP with the struggle and with the votes. Tomorrow we must continue the struggle to clean up the institutions of corruption and to recover the rights that were stolen from us. We must continue to build popular unity and political confluence towards the Third Republic."
The Communist Party of the Peoples of Spain (PCPE) boldly emphasizes that parliamentary debates represent nothing but the interests of different sectors of the bourgeoisie. Announcing that the working class and popular sectors should not place any hope in the new capitalist government, the PCPE sees in the "complete subordination of Unidos Podemos to the PSOE" an alliance between the new and the old social-democracy to manage capitalism. The PCPE tends to "unmask the democratic regeneration employed by social-democracy" by recalling the former practices of the PSOE governments such as state terrorism, Spain's integration in NATO and the EU, labour reforms and harsh repressions against the workers' and people's movement. The statement of the PCPE Political Bureau ends as follows:
"We should not lower any of the flags we have raised in recent months. The new Government is a capitalist government at the service of exploitation and will soon demonstrate it. The struggle for a country for the working class continues."
See the link for the PCE's statement.
See the link for the PCPE's statement.
Tweet