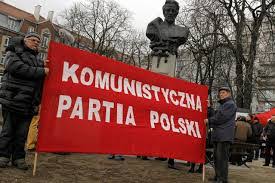 The prosecutor's office demanded a new prosecution against the Communist Party of Poland, accusing with "reference to Marxist-Leninist ideology" and "promotion of totalitarian system".

The prosecuter's office started a new prosecution against the Communist Party of Poland (KPP). The KPP and the editorial staff of Brzask were accsued of "referring the Marxist-Leninist ideology" and "promoting a totalitarian regime." A regional court in Dąbrowa Górnicza has decided to discontinue the legal proceedure with the same accusations last year.

The first sentence over this case was issued last year. The accused KPP members were convicted for 9 months of social works and fines. After the submittion of appeals, the court has decided to disconrinue the prosecution. The legality of KPP and the Brzask were underlined in the verdict. The court also mentioned that “identification with communist ideology is not subjected to punishment” in it's verdict.

The new case was considered as " a new wave of attack" by the KPP.