The New CP of Yugoslavia commemorated the Liberation of Belgrade 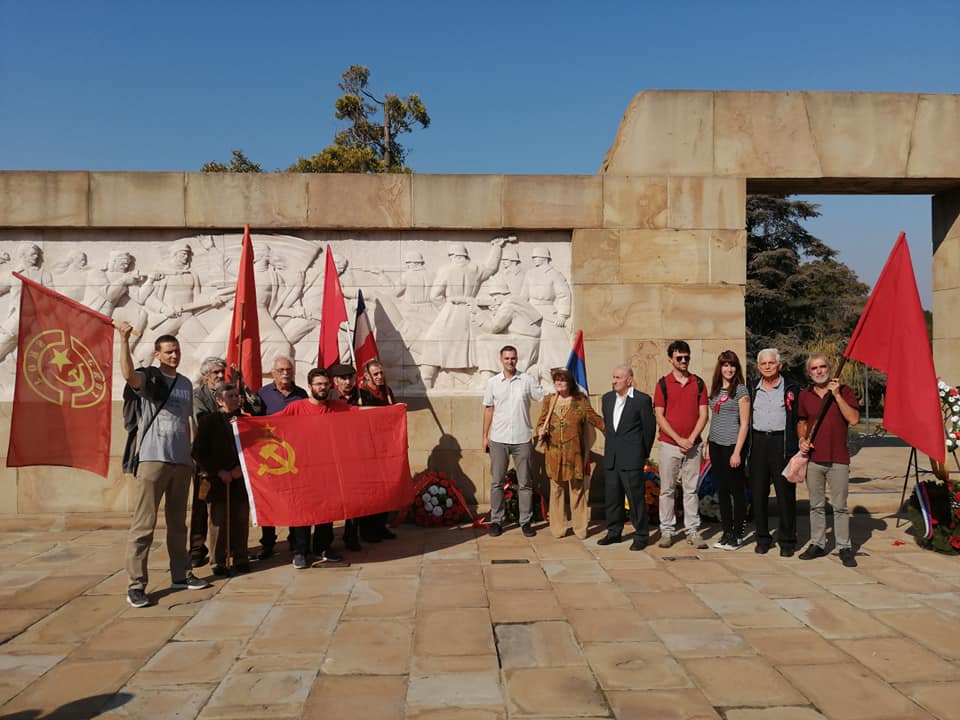 On October 20, the New Communist Party of Yugoslavia (NKPJ) commemorated the 75th anniversary of Belgrade’s liberation from Nazi German occupation at the end of WWII. During the ceremony, Party members laid wreaths at the Memorial Cemetery of Belgrade Liberators. Members of the Central Committee of the NKPJ, along with the General Secretary of the Party, paid tribute to the fallen heroes of the National Liberation Army and the Red Army.

75 years ago, the Red Army launched a strategic offensive in Belgrade against Nazi Germany. Soviet soldiers attacked the Nazi position along with units of the People's Liberation Army of Yugoslavia. During the fighting, vast territories in the east of the country, as well as its capital, Belgrade, were liberated. German forces stationed in the southern Balkan Peninsula lost the ability to quickly connect with other units of the Wehrmacht. This greatly facilitated the process of the liberation of Hungary and the rest of the Balkans. During the Belgrade operation, the Nazis lost about 45 thousand people, including deaths and the captured. They were forced to retreat 200 km and lost control of the southern and eastern parts of the Balkan Peninsula. The irretrievable loss of the Soviet troops amounted to 4350 people.

The Belgrade operation played an important role in the war in aspects of creating the conditions for the liberation of Hungary and the Balkans and bringing closer the final victory over Nazism. By the end of 1944, with the help of the Red Army, the Partisans liberated Serbia and, by May 1945, the remaining Yugoslav territories.

Yugoslavia was among the countries that had the greatest loss in the war: 1,700,000 people (10.8% of the population) were killed, and national damages were estimated at 9.1 billion dollars according to the prices of that period.