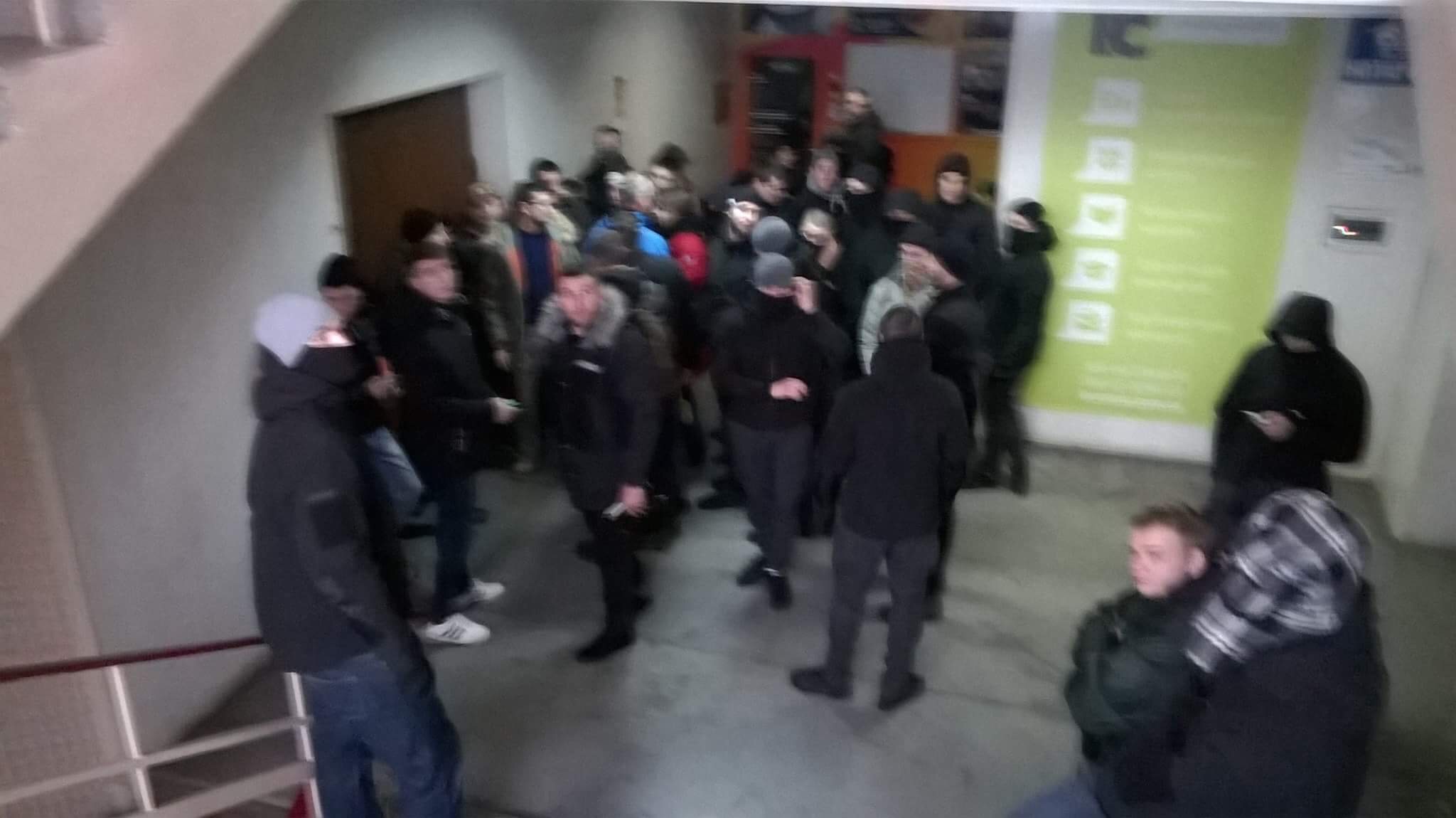 In Ukraine a group of young fashists affiliated to one of the neo-Nazi parties of the country “National Corps” attacked the premises, where the youth wing of Communist Party of Ukraine gathered for plenums in Kiev.

Central Committee of the Communist Party of Ukraine highligted in the press release on the issue that these criminal groups are controlled and supported by the Ministry of Internal Affairs. It was added that during the attack, the police came to the scene and as always did not interfere in the situation.

The Communist Party of Ukraine declared: “All gangster attacks on members of the Party, members of the Komsomol, dissidents are carried out directly on instructions and are financed by political forces that seized power in Ukraine as a result of the armed coup in February 2014.” In the press release, it was also informed that the party sent detailed information about the attack to the international human organizations, PACE, OSCE, and to the UN Human Rights Office.

Previously in December 2015, the Kiev District Administrative Court banned the activities of the Communist Party of Ukraine. In January 2016, the Ministry of Justice stated that the Supreme Administrative Court refused to open proceedings on the appeal of the CPU, which tried to challenge its ban in Ukraine.