To leave or not to leave: 'Unpalatable sides of the same coin' 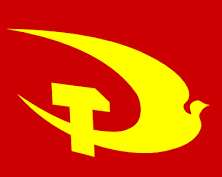 Communist Party of Britain discusses the “renegotiation” on Britain’s EU membership as a question of "ending permanent austerity".

In the editorial article titled "Time to get real on EU" at Communist Party of Britain's publication Morning Star on 10th November, the "war of words" amongst the British bourgeoise classes was discussed. The article referred to Cameron's words reassuring British monopoly capital that their interests are being well taken care of throughout the negotiations.

The article proposes that the British government keeps some details out of the public discourse ensuring those will be accomplished with or without EU anyway. For instance, the Transatlantic Trade and Investment Partnership (TTIP) which has legislative dimensions deteriorating the workers' rights, is said to be one of the 'not much spoken' EU issues since "the Tories have demonstrated that they are perfectly capable of pursuing this without EU input."

The editorial article concludes as follows:

"Even before TTIP makes an appearance, the commitment to “flexicurity” and maintaining high levels of unemployment as a means to suppress wages run through the very lifeblood of the EU.
Given the corporate-dominated nature of the campaigns both to stay in and to leave the EU and the challenge presented by unpicking the Parliamentary Labour Party’s deeply embedded commitment to maintain membership at all costs, the left needs to ensure that the referendum debate isn’t limited to two equally unpalatable sides of the same coin.
The prospect of ending permanent austerity, whether implemented in Brussels or Westminster, is one around which we can build popular support and unity."