KKE in solidarity with the people of Turkey against Erdoğan 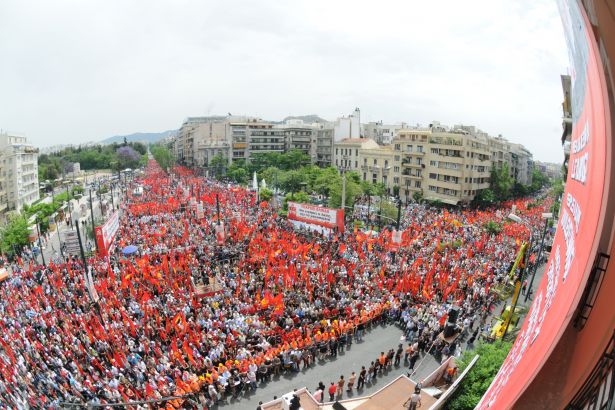 Communist Party of Greece (KKE) released a text calling for solidarity against the authoritarianism of Erdoğan and Turkey's intervention in Syria.

The full text and the initial signatories are as follows:

"AGAINST THE ANTIDEMOCRATIC POLICY OF LAW SUITS AND PROSECUTIONS IMPLEMENTED BY THE TURKISH GOVERNMENT AND PRESEIDENT T. ERDOGAN

We who sign this text denounce the authoritarian policies of the Turkish government and President T. Erdogan, who have unleashed a wave of law suits and trials against those that criticize the anti-people policies of the government of the AKP, Erdogan’s party, the intervention of Turkey in the war in Syria, against those that struggle for social and democratic rights and for the just cause of the Turkish people.

We express our solidarity with those being persecuted and demand the end of every kind of persecution and attack on political activity, democratic freedoms and rights in Turkey."

The Parliamentary Group of the KKE:

The KKE’s Delegation in the European Parliament:

The text is also signed by the Secretary of the CC of KNE and other cadres from the organization: