KKE: 'The Great strike wave in Greece brings hope for the people' 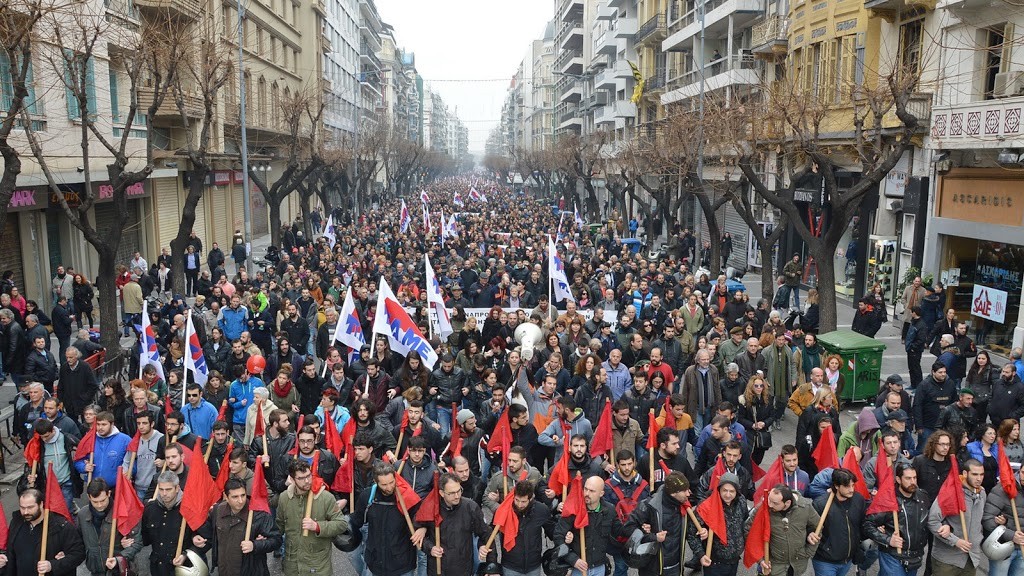 Eliseos Vagenas, Central Committee member and Responsible for the International Relations Section of the CC the KKE, answered the question of Boyun Eğme, the weekly journal of KP, about the massive strikes and other developments in Greece.

The social security draft law as brought onto the agenda of the parliament by the SYRIZA-ANEL government united workers, farmers, the self-employed, women and youth struggling against it. In the great strike actions of 4th February, the production and service sectors came to a standstill. Journalists went on strike on the 3rd February so that they could report strike news on the day of the strike. 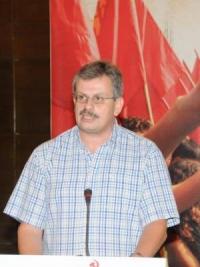 What was the magnitude of the strike actions of 4th February and how was it different from the previous strikes? How will the struggle progress in the future?

EV:The strike actions of the 4th of February were immense, which are generally considered to be comparable to the mass  mobilizations of 2010. The production and service sectors came to a standstill during these strike actions.

These strike actions demonstrated that the disappointment of the workers due to the first period of the SYRIZA-ANEL government was channeled into an appetite for struggle. The political and mass activity of the communists who have long been struggling for the regroupment of the working class and popular movements receives widespread approval. We are struggling for the strengthening of PAME (All-workers' Militant Front) which fights against the sold-out trade union leaderships and against every anti-people government and the EU; PASY (All-farmers Militant Rally) expressing the interests of the poor farmers and supporting its alliance with the working class; PASEVE (Nationwide Anti-monopoly Rally) expressing the interests of the self-employed; MAS (the forces of the Students' Struggle Front ) fighting for the interests of the youth and OGE (the Federation of Greek Women) that expresses the interests of the women from the popular strata.

The unrelenting efforts of the communists within these mass popular organizations that organize hundreds of thousands of people, far beyond the influence of KKE in the elections, is a message of hope.

The general strike of the workers and the mass mobilization on 4th February was a testimony to this hope. Workers were united with the poor and medium farmers, with the self-employed, the youth and the pensioners in a common struggle.

We should note that the struggle of the farmers, who have set up roadblocks at more than a hundred points on the national highways, will keep escalating following this strike. PAME declared that it will call for a 48 hours general strike in the event of a parliamentary vote on the social security draft law.

What was the main goal of this strike?

EV: All the people participating in these strike actions had a common demand: the withdrawal of the social security draft law, the so-called law-guillotine of the SYRIZA-ANEL government. This draft law will deal a major blow to the workers' gains, reducing pensions and other social benefits, increasing the retirement age, and cutting the state’s contributions to the public social security system.

Hundreds of thousands of people united their forces as regards this fundamental issue by going on strike in factories, ports, and stores, in all work places, uniting their voice in the streets and squares and at the roadblocks of the small and medium farmers. At the centre of this struggle, there is the determination to keep the gains of the working class and the other popular strata won through bloody struggles in the previous decades, influenced by the unprecedented social gains of the USSR and the other socialist countries.

Do you think that there will be another political crisis in the country? Do you expect an election in the near future?

EV: Our party takes into consideration every possible political development. There could be a snap election. Yet Syriza will most probably try to increase its slim parliamentary majority (153/300 MPs) by cooperating with other bourgeois forces.

Is the opposition which supported the government during the third memorandum shifting its position? If yes, why?

EV: The position of the other parties like the "conservative" New Democracy (ND), the "old" European social-democratic parties (PASOK, Potami) and the “Union of Centrists” party (which only recently entered parliament), which all  supported the third memorandum, has not changed. They are all supporting these reactionary changes, the so-called "reforms". Yet none of them wants to be a mere "spectator"; they wish to take an active part in shaping these changes.  In short, they are all trying to play a bigger role in the management of capitalism and its crisis, working to increase the profits of big capital.

We observe that the SYRIZA-ANEL coalition government is making use of the same arguments, utilized in the past by PASOK and ND governments. They utilize repression and threaten the workers so that they can push forward their anti-people measures.

What is the position of KKE about the social security draft law and in general about the so-called "left" government's anti-people policies?

We underlined that capitalism and the capitalist economy have laws that govern their functioning. In this respect, if a government is shackled to the laws of capitalism, the EU and NATO, it can never take pro-people measures no matter how that government describes itself ("left", "radical" etc.). It cannot provide both for the people's interests and feed the greedy capitalists at the same time.

Without taking into account possible losses in the elections, our party refused to prettify the situation and foster illusions, and underlined that this system cannot be repaired and must be overthrown. This is because the need to organize society and the economy on another basis has matured i.e. on the basis of satisfying the needs of the people today and not serving the profits of the capitalists.

We always progressed along this path, kept our compass direction steady and never lowered our flag in the face of the "left government". We struggled for all the problems of the people, against poverty and unemployment, for the relief of the unemployed, for the restoration of the income losses of the workers and the pensioners and against the problems experienced by the youth.

Today, a year later, we can look the workers in the eye and at the same time we are struggling to show them that there is a way out-that the working people can live and deserve to live in better conditions, on the basis of society’s potential.

The great general strike of 4th February, which brought the country’s production and services to a standstill, points the way! The direction of struggle.

We demand immediate salary and pension raises; the return of free collective bargaining and labour agreement rights!
The restoration of the income losses of the people during crisis years! The plutocracy must pay for the crisis! Harsh taxation of the workers and the people must be ended. The law-guillotine of the social security system must be withdrawn.

This is our direction! This is the direction of the working class movement, the poor and medium farmers, the self-employed, the pensioners and the youth who have united in the struggle for these and many other social rights.

It shows us the goals we need to achieve and our demands!

It shows us the enemy that we must overthrow and this means not merely changing bourgeois government, but changing the class that is in power.

It also shows us the alliance we must form. Our party is consistently struggling for the shaping and strengthening of this people’s alliance. This can help change the negative balance of forces; strengthen militancy, the belief in the struggle and the organization of the working class and other popular strata against fatalism and defeatism, against the old and new managers of capitalist barbarity, in order to pave the way for a society without the exploitation of man by man, for socialism.

Only in this direction and on this basis can we have some small or bigger gains for the contemporary needs and rights of the workers, the people and the youth in today’s conditions.

See the link for the story on ICP.