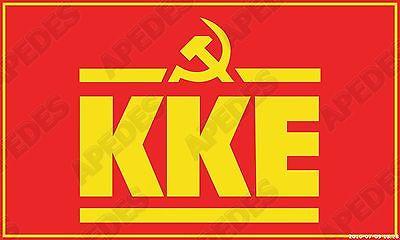 The Communist Party of Greece (KKE) in the European Parliament (EP) voted for the resolution condemning the anti-communist and racist government of Hungary.

The delegation of the KKE in the EP voted for the resolution condemning the government of Hungary but also denounced the equally anti-immigrant attitude of the EU. The KKE in its press release explained that "the positive vote" about Orban’s government is a political position against the policy of anti-communism of the Hungarian government, its racist policy against refugees and immigrants and every kind of racist discriminations.

The KKE declared that it has consistently fought against the EU and its anti-popular politics for years and it voted against the EU Treaties. The KKE, let alone acknowledgement, condemns EU’s interventions in the internal affairs of member states and demonstrates based on facts that "the EU is a transnational association of the capital against the peoples".

According to the statement, KKE’s resolution on the Orban Government and the references to immigrants and refugees cannot "flush" the EU's anti-immigration policy, its involvement in the imperialist wars that provoke and feed migratory, refugee flows. "The EU has adopted anti-communism as its official ideology, overlooking the historical truth and having great responsibilities for the rise of the far-right” said the statement.