Italian students mobilized by communists against budget cuts in education 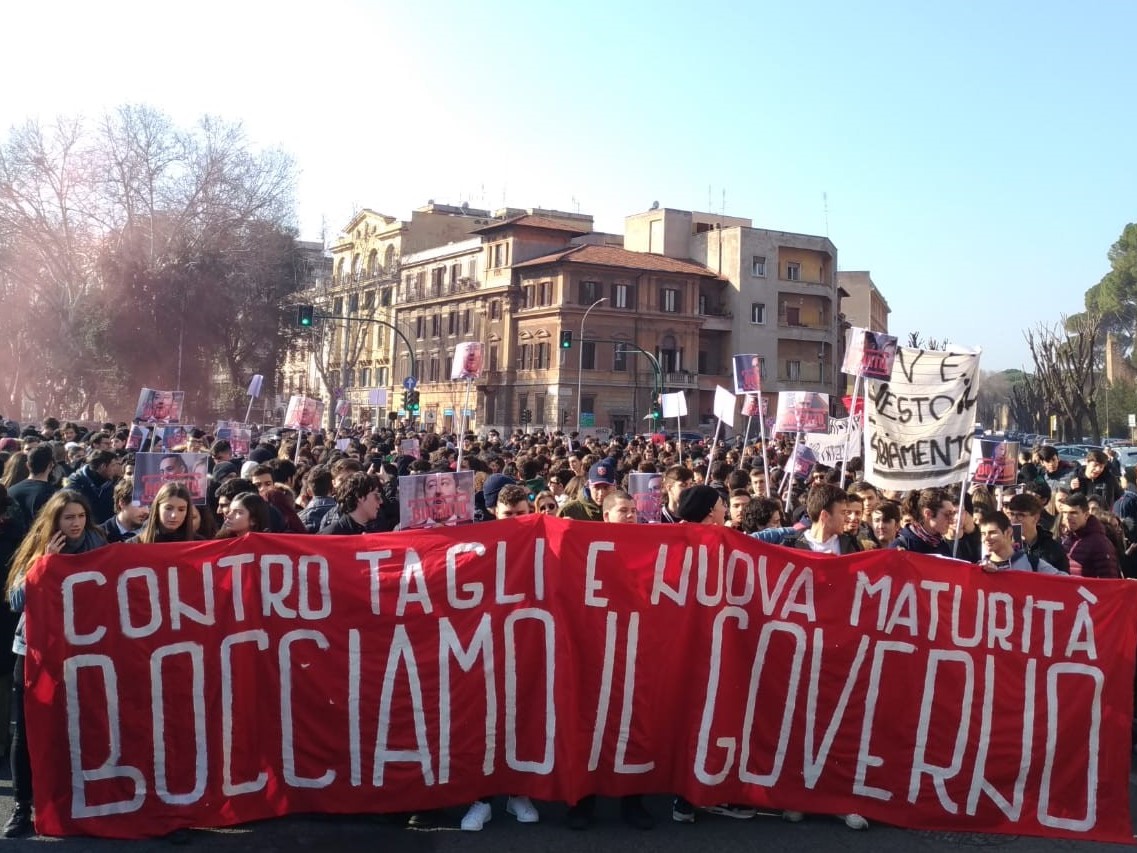 Thousands of students in Italy attended the anti-government rallies organized by the Front of Communist Youth (FGC).
ICP, 28 February 2019
The government of "Movimento 5 Stelle" and the right-wing party "Lega" in Italy is giving rise to anti-popular policies. In education, the reduction of social spendings and subordination to the interests of the capital are among the "European objectives" that the new government strictly follows. In November, the Minister of the Interior, Matteo Salvini, declared the will to allocate 200 millions of euros for the installation of security cameras in Italian schools, calling this measure “Safe Schools”. Recently, the same government approved the budget law leading to a cut of 4 billion € in education.
A nation-wide demonstration was organized by the Front of Communist Youth (FGC), affiliated with the Communist Party (Partito Comunista). Last week, 100.000 students took to the streets against the government in more than 50 Italian cities. The students denounced both the responsibilities of the current government and the latest reform approved by the former government; all in all, the perfect continuity of this government and the last, which are all aimed by the same interests guaranteed by the EU.
Alessandro Fiorucci, head of the FGC school department, declares, "Students across Italy reject the government. The change announced by Salvini and Maio is a huge mockery. On the school, the yellow-green manoeuvre provides 4 billion cuts and the new maturity is in perfect continuity with the past government of the Democratic Party. Behind the slogans of government is the concrete reality of continuous collapses in schools and millions of students in danger, but Salvini prefers to increase the repression with cameras and police checks. They try to divide us with racist propaganda to cover their political responsibilities, but we know that there is no change of direction with the past. Today the street full of students is clear: this government is an enemy of the youth."
Tweet