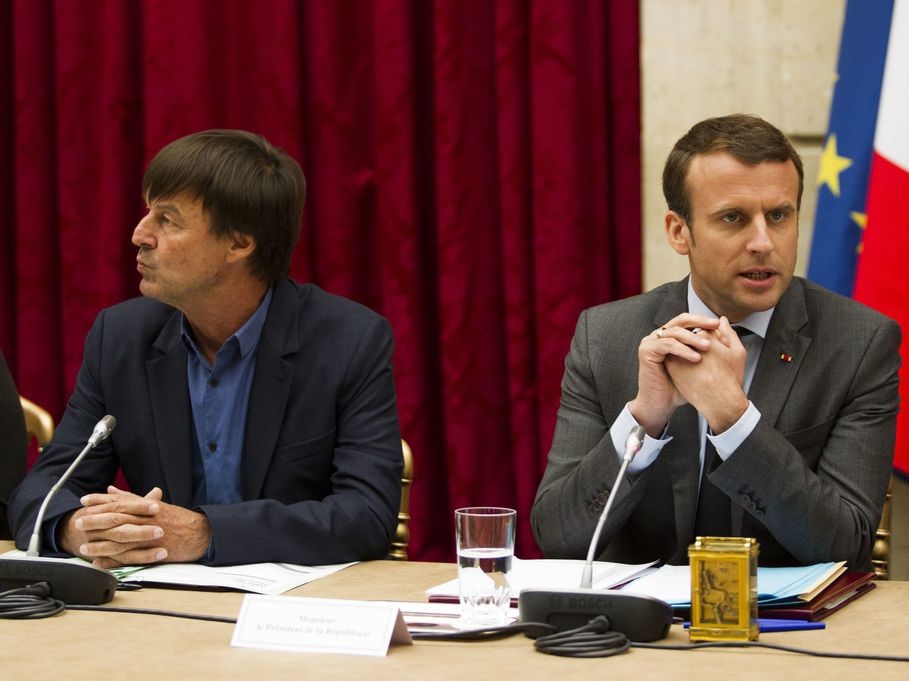 French communists evaluate environment minister Nicolas Hulot's resignation.
ICP, 30 August 2018
On August 28, France's environment minister Nicolas Hulot announced his resignation during a live radio interview. Disapproving the policies and efforts of the government on climate change, by the time he publicly declared it, Hulot had not warned anyone from the cabinet about this decision that he had taken "between me, myself and I".
The French Communist Party (PCF) issued a statement on Hulot's resignation that it considers as a "confession of impotence and failure". Underlining the urgency of adopting a different model of development, production and consumption with budgetary priorities for this ecological transition, the PCF criticizes the liberal policies of the government of Emmanuel Macron that give priority to the "ones who do not care about the planet's future at all" while they function at the expense of the popular strata who are the ones that suffer from social and environmental inequalities. The PCF supposes that with his resignation, Hulot has made a call for mobilisation in order to impose choices for social and ecological transformations.
L'Initiative communiste published an evaluation of Georges Gastaud, the spokesman of the Pole for Communist Revival in France (PRCF), on the subject. Despite a bunch of "green" measures launched for eye-deceiving, Gastaud states that Macron and his government are determined supporters of a structurally inhuman and anti-ecologic policy and reminds as an example the privatization of the National Office for Forests. Gastaud believes that this resignation has further weakened the main lie about Macron that "he is neither rightist or leftist" and criticizes at this point the journalists that promoted this lie and the "false left" that called for voting for Macron in May 2017 under the pretext of "hindering fascism". Gastaud supposes that the right way for protecting humanity and the planet from the plundering of the big capital does not pass from the deadlock called "green capitalism" but from a new generation of socialism-communism.
See the link for the statement of the PCF.
See the link for the evaluation on L'Initiative communiste.
Tweet