French communists on the Great War and Remembrance Day 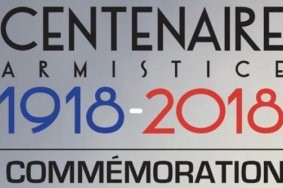 French communists evaluated the centenary of the Armistice that ended the First World War.
ICP, 14 November 2018
On the occasion of the centenary of the Armistice that ended the First World War, French President Emmanuel Macron organized an official ceremony with the participation of more than sixty world leaders. Macron's "peace show" and the significance of the imperialist war of 1914-1918 are commented by French communists.
Pierre Laurent, National Secretary of the French Communist Party (PCF), issued an article on November 7, where he underlined that soldiers who fought in the Great War were the first victims of the conflict between imperialist great powers in their quest for fulfilling their financial and strategic interests. Laurent expressed harsh criticism against the French leadership of the period who rejected their responsibility by condemning Germany as the scapegoat but who enjoyed at the same time the immense colonial domination that was in service of French imperialism. Laurent pointed out that all Great Powers, be it victorious or defeated, managed to arrive at a consensus in obstructing any revolutionary aspiration inspired by the October Revolution of 1917. Convinced by the necessity of respecting peoples' will and denying the idea of domination for a just and durable peace, Laurent concluded that to commemorate the Remembrance Day means a call for a firm struggle for peace.
On L'Initiative communiste, press organ of the Pole for Communist Revival in France (PRCF), the article released on the Remembrance Day indicated that the 11th of November does not imply only one anniversary and reminded one of the first act of resistance that the French youth carried out 78 years ago in the occupied city of Paris. On November 11, 1940, thousands of students, with the initiative of communist students, had organized an illegal manifestation in front of the Arc of Triumph for protesting the Nazi occupation. Last Sunday, before participating in the manifestation "Trump means war", the PRCF organized an event for commemorating this illegal manifestation of 11 November 1940. Denying the invasion of Paris because of high-security measures mobilizing more than 10,000 policemen, the PRCF criticized Macron's efforts for preventing the rise of any voice against war crimes of the USA-NATO-EU axe.
The Revolutionary Communist Party of France (PCRF) issued a statement entitled "100 years after imperialist butchery". The Party reminded the role that the October Revolution played in accelerating the end of the war and continued with their criticism on President Macron whom they called "the representative of French imperialism". The statement pointed out that in his long speech Macron did not say a word about imperialist competition that preceded 1914, massacres that took place in colonies, arrogance of French imperialism which imposed the "diktat of Versailles" or how German workers and poor families suffered because of French imperialism. As to actual questions, the Party pointed out that Macron did not mention the ongoing crimes of Israel or Saudi Arabia but invited Netanyahu, "Bolsonaro's fellow friend". At the end of the statement, it was noted, for the sake of preventing the "risk of recovering an imperialist sector against another," that it would be better if the mobilization against the arrival of Trump were oriented towards imperialist system as a permanent menace against peace.
See the link for Pierre Laurent's article.
See the link for the article on L'Initiative communiste.
See the link for the statement of the PCRF.
Tweet