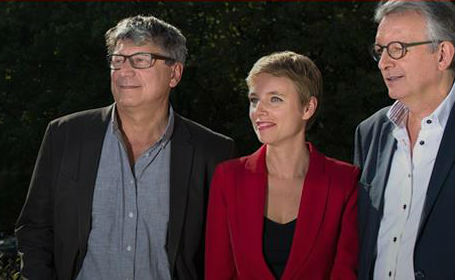 The Secretary General of the PCF, Pierre Laurent, is at the head of the list entitled “Our lives  first” for the upcoming regional elections.

The Left Front (PDG), mainly composed of the French Communist Party (PCF) and the Left Party (PG), presented candidates from the social movements in the upcoming regional elections in December. Pierre Laurent, the secretary general of the PCF is at the head of the list entitled “Our lives first” of the PDG in the Paris Region (Île-de-France).

The regional elections in France are going to take place on 6th and 13th December. Recently, last month's strike in the national carrier Air France intensified the class struggle. Julie Morel, a trade union member from the company, is going to be at the head of the list in Val-d-Oise, a northern department of the Paris Region. Éric Coquerel from the PG, who is at the head of the PDG list in Paris, stated that like Morel, one third of their candidates were not members of any political parties.

Clémentine Autain, the spokesperson of the political movement Ensemble (Together), another constituent of the PDG, and the head of the list in the Saine-Saint-Denis, another northern department of the region, stated that they would be the candidates against the austerity politics in a region where there are hundreds of thousand of unemployed.

A meeting is going to take place on November 4th for the start of the election campaign in the Paris Region.