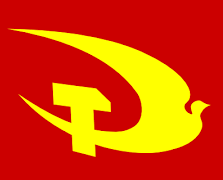 Communist Party Chair Liz Payne condemned the 'ongoing plotting to sabotage the democratic decision of the peoples of Britain' to leave the EU.

Chair of Communist Party, Britain Liz Payne accused a 'cabal' of Labour MPs and Lords of working with Tory and LibDem pro-EU parliamentarians to negate the June 23 referendum decision in her report to the Political Committee.

'Instead of genuinely seeking the best exit terms, in other words a "People's Brexit", they want to keep Britain in the EU or, at the very least, in the EU single market', declared Payne and condemned continuing membership of the single market which,would mean putting the interests of the 'City of London casino' and sections of big business before those of workers and their families.

"We would continue to pay huge net contributions to the EU budget for the privilege of being monitored and bossed about by the unlected EU Commission and the unaccountable European Central Bank" she said.