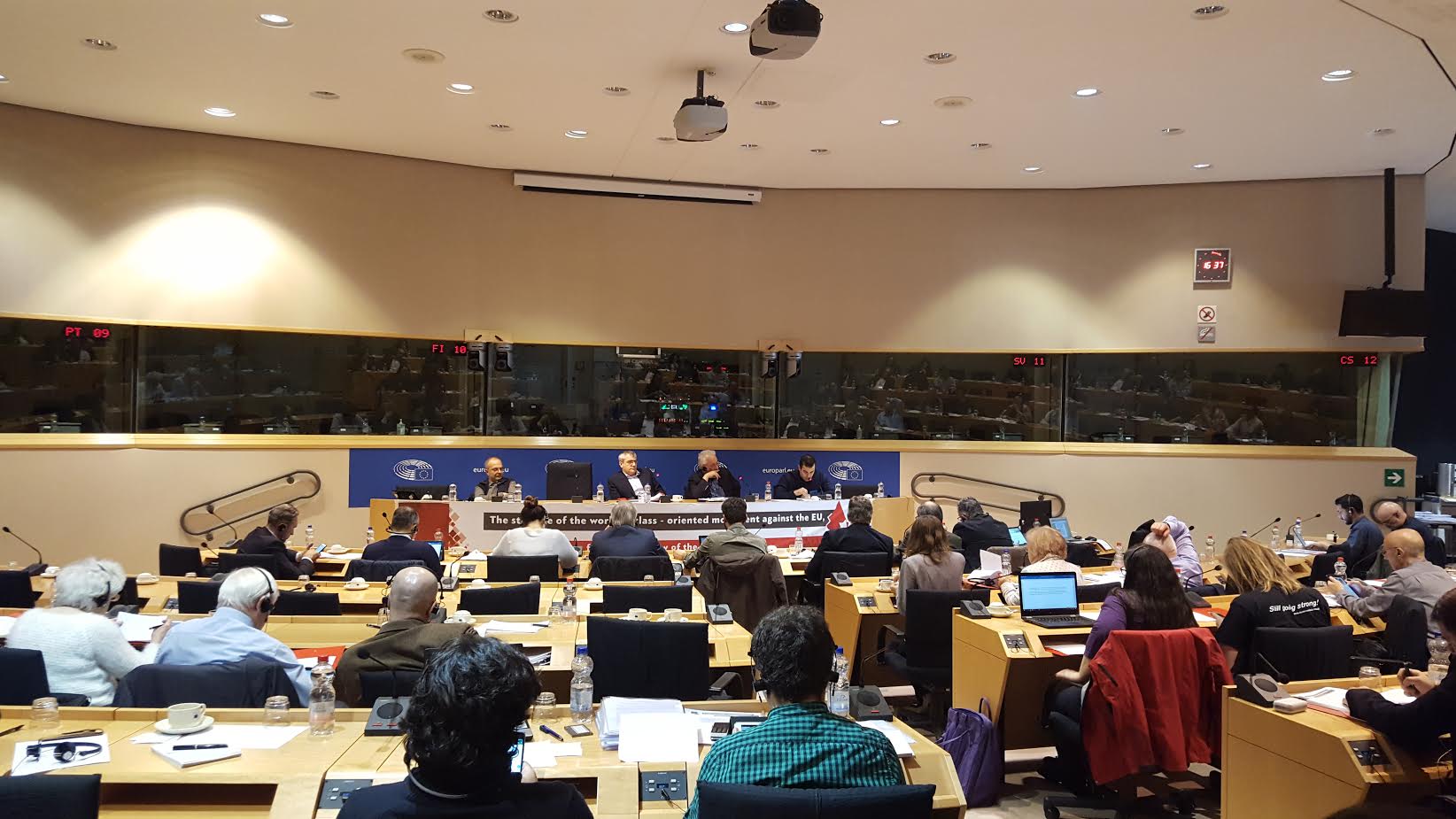 European Communist Meeting 2018 held on April 11th discussed communist party activities in the working class and in the labour movement as 'a prerequisite for a clash with the EU'.

Organized by the call of the Communist Party of Greece, the European Communist Meeting 2018 was held on the 11th of April, 2018 in the European Parliament, under the theme: “Work in the working class and its labour movement, as a necessary prerequisite for a clash with the EU, the overthrow of capitalist barbarism and the construction of socialism.”

The meeting was opened by the Secretary General of the Communist Party of Greece (KKE), Dimitris Koutsoumbas. Koutsoumbas underlined the cruciality of the struggle for the regroupment of the international communist movement, to overthrow capitalist barbarism and to build a communist society, defining it as a fundamental element of the class struggle and also fundamental for the capability of the communist parties to strengthen themselves as a whole.

Representatives from around thirty communist and workers’ parties mentioned that today the living and working conditions of the European working class is even more challenging, and majority of the trade unions are predominated by reformist and opportunist policies. The representatives of the communist and workers’ parties commemorated the 200th birthday of Marx, emphasizing that his revolutionary doctrine has become even more important.

The parties also issued a common statement regarding the escalating imperialist aggression: “The communist and workers’ parties that met on April 11th, in Brussels, condemn the escalation of the imperialist aggressiveness and the sharpening of the situation in Syria and the broader region, in the aftermath of today’s statement of Donald Trump of bombarding Syria under the pretext of chemical weapons.

The communist and workers’ parties express their internationalist solidarity to the people of Syria and the other peoples of the region, they call upon the working class, the people’s forces to reinforce the struggle against the imperialist interventions and wars, the NATO, the USA and the EU. At the same time, there’s an increasing risk for generalized war.

Peoples must not shed their blood for the interests of the monopoly groups, the conflict for the control of energy resources, the routes of transportation, the control of the markets and the distributions of spheres of influence.

Peoples have the right to live peacefully and have the power to demand a society free from wars, crises poverty, and exploitation.”

Speeches of the participating parties and several other documents, including the positions of parties related to their organization among the working class can be found on the website of the meeting: https://eucpworkermovement.wordpress.com