Elections in Italy: Partito Comunista is standing to transform the society 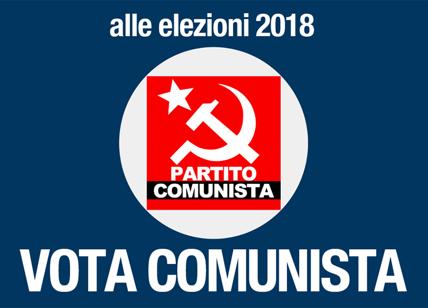 Parliamentary elections will take place in Italy, tomorrow, on March 4th. There are different candidates from all ranges within political spectrum. Among others, Partito Comunista is providing an alternative for the working class of Italy.

Parliamentary elections will take place in Italy, tomorrow, on March 4th. There are different candidates from all ranges within political spectrum, including the Forza Italia of the former minister Berlusconi, candidates of the extremist right, social democrats and centralists, including the currently governing Democrat Party. 5 Star Movement is also standing as one of the main candidates. Several factions of socialist left are taking part in the elections, including the recently formed Potere al Popolo, a leftist union comprised of socialists, environmentalists, feminists and human rights’ activists.

Among others, Partito Comunista (PC) is providing an alternative for the working class of Italy. PC has raised candidates in 11 regions out of 20, including some of the regions well-known in the history of the communist movement in Italy, such as Emiglio-Romagna, Turin and Tuscany.

During the electoral campaign, Partito Comunista has organized meetings and rallies all around the country, aiming to politicize the youth, workers, the unemployed, all popular strata in Italy. In one of his interviews, Marco Rizzo, the Secretary General of the PC, has introduced the electoral program of the PC as not merely limited to elections but as aiming to transform the society. Highlights from the PC’s electoral program, which is almost a revolutionary manifest, are as follows:

Rizzo: “Our aim is not to enter the parliament but to realize the revolution”

Regarding the anti-immigrant discourse and assaults by the extremists and central rights, Rizzo says: “Emigration is no good thing, even a tragedy for those who decide to flee from their country. I am not convinced that this is considered as an enrichment as several other parties in the left, it has become a tool for capitalists helping to reduce wages and diminish rights of workers. There are two options; either an end to the imperialist wars and exploitation of others to enable the right for a comfortable life for all, an end to the capitalist rivalries and ensuring a stable minimum wage. Any other option would be phrase-mongering. Those who steal from us are not immigrants but the construction sector that wishes to make greater profits. To fight against capitalism means to fight against migration- it must not be taken as fighting against the immigrants as what the capitalists are doing right now. And there is an overlooked issue as well: Emigration from Italy. Hundreds of thousands of Italian youth are abandoning their country because of unemployment. Our proposals against unemployment can solve these issues. The rationale does not change: It is this unjust system to be overthrown.”

Rizzo reminds the fact that whichever coalition is formed, between Berlusconi and rightists or Berlusconi and social democrats, the outcome will be the same: Italy to be governed under the commands of NATO, Brussels and Frankfurt. “The only way out is revolution.”