'Earthquake is natural, what is unnatural is this irrational order' 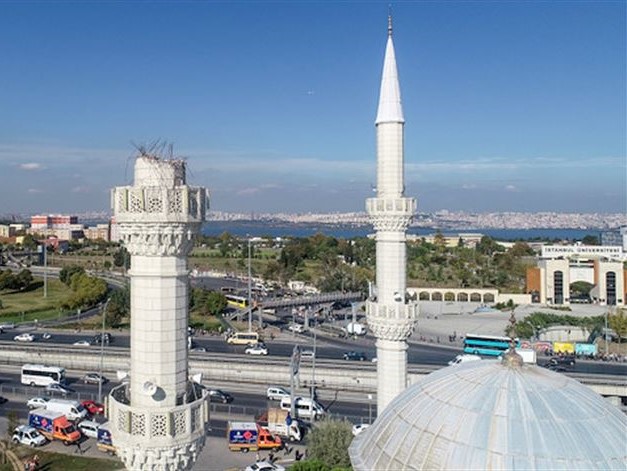 TKP shared a statement about the earthquake that shook Istanbul on September 26.
ICP, 3 October 2019
A 5,8 magnitude earthquake centered in the Sea of Marmara hit Istanbul on the 26th of September, resulting in no death but some injured citizens and damaged buildings. The experience revealed that Istanbul is not prepared at all for a much bigger earthquake that experts are expecting in Marmara. In 1999, a 7,6 magnitude earthquake on the same fault system had killed over 17.000 people.
In the light of these events and facts, the Communist Party of Turkey (TKP) published a statement the day after the last earthquake. According to the TKP, it is apparent that İstanbul is in a worse situation than in 1999 against earthquakes. The Party emphasizes that there is no need to be surprised by being unprepared for earthquakes while being ruled by the AKP governance as it is the reason for systematically getting away from science, logic, and justice. Indeed, the institutions that are directly related to quakes have made different statements, leading to an escalating panic among the people. In the published statement, TKP draws attention to the emergency muster points which were decreased from 407 to 77 due to unplanned urbanization. During the earthquake, the people could not communicate via their mobile phones and their right to communication was violated because the telecommunication monopolies did not make any proper investments in accordance with the increasing capacity although they rob the people with heavy bills.
The TKP sees the responsibility in the governing party AKP, who has been in power since 2002, three years after the major earthquake that hit Turkey in 1999. However, the problem is not only limited to the AKP government. The Communist Party claims that today’s capitalist order is not interested in planning, social organizations, and equality as their choice is to adding more money to their banks, not spending it on improving people’s need in such cases.
The statement ends as follows,

"Turkey must get rid of both this government and this order of plunder. The Communist Party of Turkey is struggling for this goal while it is getting prepared for reducing the burden of the people during a possible earthquake, and for reinforcing the culture of coordination and solidarity.

See the link to read the full of the statement of the TKP.