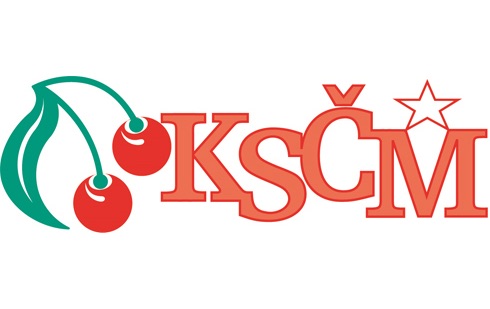 Xth Congress of the Communist Party of Bohemia and Moravia finalized with a national meeting visited by the Czech President Zeman.
ICP, 24 April 2018
The Communist Party of Bohemia and Moravia (CPBM) announced that the Xth Congress had officially ended with the National Congress which gathered on April 21st in Nymburk, central Bohemia. The delegation attended the event focused on the issues such as renewal of the party programme, organizational restructuring and tolerating the new coalition government of ANO and Social Democrats. The Congress visited by the Czech President Zeman, had signaled that they might tolerate the social democratic-ANO coalition.
The CPBM has been the key party in terms of government approval since a social democratic coalition could not seize a majority in the parliament. Re-elected party leader Vojtech Filip said to Prague Monitor that trilateral negotiations should start and the Communists would also have personnel demands.
Another important aspect of the Congress was the attendance of President of the Czech Republic M. Zeman. No top official of the state had visited the Congress of communists since 1989 in the Czech Republic. Zeman's visit echoed as a great unsatisfaction around the rightwing political circles and the Catholic church. According to Prague Monitor Prague Archbishop Cardinal Dominic Duka criticized the Zeman's attendance to the Communists' Congress.
Tweet