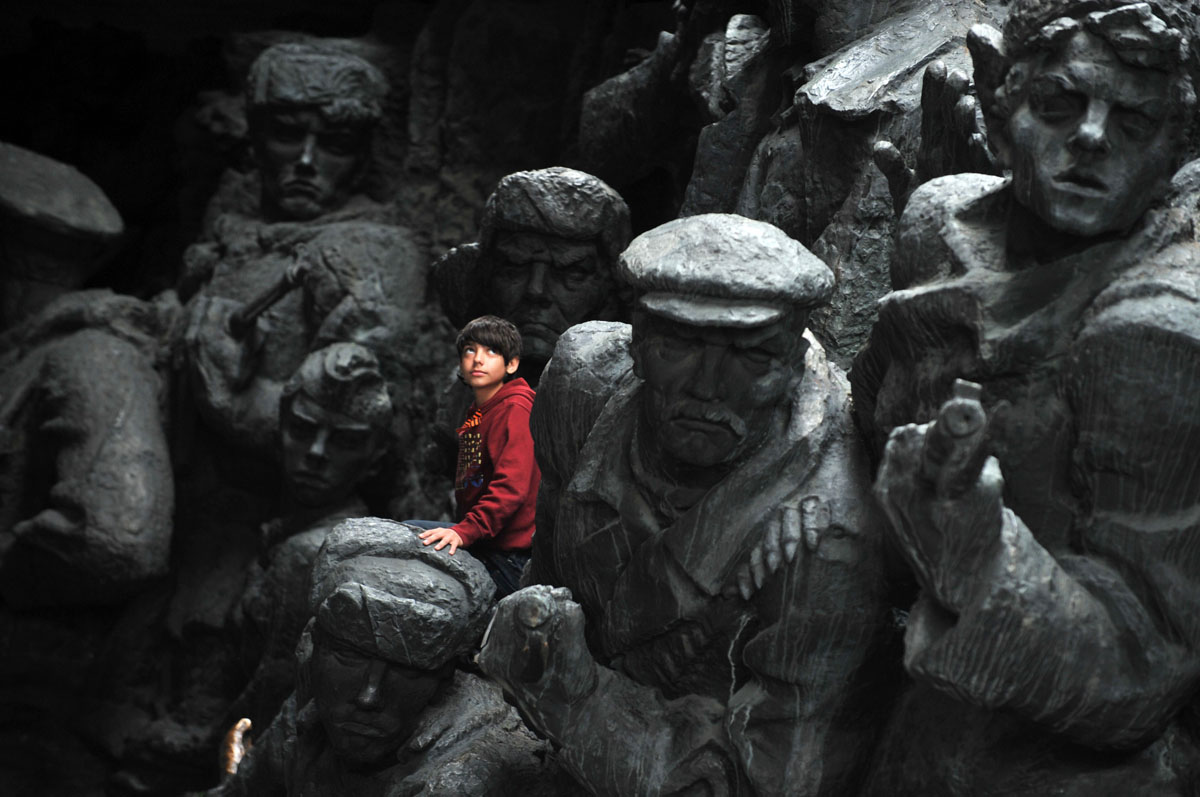 The Communist Party of Ukraine denounced the attacks against the Soviet monuments appealing to the people of Ukraine to avoid the rewriting the history.

The Communist Party of Ukraine (CPU) denounced the attacks against the Soviet monuments in Ukraine, demanding a trial of the ones who are responsible, including the President of Ukraine. The CPU noted that more than 450 Soviet monuments was attacked in different settlements in the country by the fascist groups.

CPU appealed to the Ukrainian people to avoid the rewriting the history of the Great Patriotic War and glorification of the Nazis and their collaborators.

The Party, blamed the government and nationalist scholars who encouraged range against the monuments. CPU underlined that the attacks are violating the United Nations resolutions which condemn desecration of monuments of the fighters against fascism and the Law of Ukraine "on perpetuation of Victory over Nazism in the Second World War."

"The Communist Party of Ukraine notes that in a number of settlements of our country radical criminal nationalists, encouraged by the ruling Nationalistic-oligarchic regime that came to power after the unconstitutional coup in February 2014, started a war against monuments to a Soviet Soldiers, Partisans and Underground Fighters killed during World War II. This is contrary to the UN resolutions that condemn desecration of monuments to the fighters against fascism, contrary to the Convention for the Protection of the Architectural Heritage of Europe, signed by most European countries, it is ignoring the dominant public opinion, attitudes of our citizens.

Of a particular concern is public speeches of nationalist scholars and politicians distorting the history of World War II to justify the crimes of the Nazi aggressors and thus create conditions for desecration of monuments to Soviet soldiers - liberators. The statement of the former Prime Minister Yatsenyuk about the "Soviet invasion" to Ukraine and Germany or statements of the Polish Foreign Minister Grzegorz Schetyna about the liberation of Auschwitz by "Ukrainians" but not the soldiers of the Red Army are disgusting ! What are the calls of the deputies of Kyiv City Council to destroy the monument to the Hero of the Soviet Union, Army General Nikolai Vatutin and Soviet symbols on the shield of the majestic monumental sculpture "Motherland" in Kiev!

The Communist Party of Ukraine expresses its strong protest against desecration of monuments to Soviet Soldiers - liberators from fascist enslavement. We draw attention of all our comrades and friends to violations of the legislation of Ukraine, including the Law of Ukraine "On perpetuation of Victory over Nazism in the Second World War 1939 - 1945 years", stating: "Desecration of monuments of the Second World War of 1939-1945, their destruction or demolition entails responsibility under the law." We demand the immediate cease of desecration of monuments to the Soviet Army soldiers, partisans, underground fighters killed during the Great Patriotic War, and bringing to justice all officials, including President of Ukraine, which actually encourage radicals to commit acts of vandalism, supporting neo-Nazi groups and activists in this.

The Communist Party appeals to the people of Ukraine to avoid the review of the outcome of the Second World War, the falsification of history, glorification of the Nazis and their collaborators; to stop attempts to slander the Soviet soldiers-liberators, save the grateful memory of undying heroism of the Soviet people - the winner of fascism."