CP's of Spain in solidarity with metro strikes in Barcelona 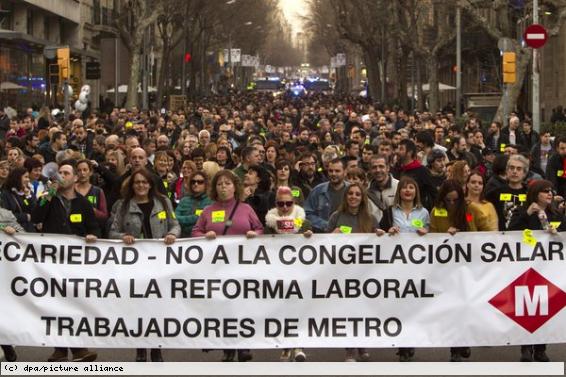 PCPE, PCPC from Spain and PCM greeted the metro workers' strike of three days which has taken place this week. PCPE underlined that the attitude of the mayor of Barcelona, Ada Colau, shows how the glamor of the new social democracy celebrated with her electoral victory is falling apart. It was declared that Colau's promises to defend the oppressed against the oppressors quickly come to and end as she takes the administrative responsibilities within a capitalist system.

The metro workers had decided to go on strike on February 22nd, following  an increase of only 30 euros in their salaries, which have been stable in the last four years. The workers declared that the mayor of Barcelona defended the transportation company TMB with false data. Colau refused to negotiate with the labor unions until the strike ends.