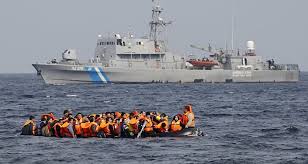 Communist Party of Greece (KKE) and the Communist Party, Turkey (KP) separately released their similar reflections on the recent developments about the Syrian refugee issue.

The GS of the CC of the KKE  submitted a paper on the position of the KKE  during the meeting of the political leaders called by the Greek President on the refugee question.

After listing the main points of the KKE on the issue Koutsoumpas emphasized their arguments for a solution as follows:

"...(T)here can be no solution to or even alleviation of the problem, as long as the imperialist wars and interventions in the region continue and the specific EU and NATO decisions remain in force, the KKE proposes specific positions to relieve the problem, which however require the annulment of the decisions of the imperialist unions and alliances. The consequences can only be dealt with in this direction.

--Immediate, safe transfer of refugees-immigrants from the first reception countries like Turkey, Jordan, Lebanon, as well as from the Greek islands to their final destination countries, under the responsibility of the UN and EU and with full respect for the rights that flow from their refugee status. Especially as regards the islands, this is a direct answer to those who shed tears about the economy, tourism etc.

--Withdrawal of NATO from the Aegean. NATO's involvement in the Aegean, apart from the hazards for the country's sovereign rights and for the greater entanglement of the people in the war plans of the imperialists in Syria and the Eastern Mediterranean, is dangerous, unacceptable and signals the country's deeper involvement in a more generalized imperialist war. It is in direct breach of the UN Treaties and international law concerning refugees, according to which it is illegal to impede or deter refugees from submitting asylum applications to countries that have accepted and are fully integrated into international refugee law .The refoulement of refugees is also absolutely outlawed.

For the full statement of KKE see the link.

The Secretary of the CC of KP on the other hand stated his comments on the issue in an interview which is published on Sputniknews.

"The refugee crisis, I think, is an outcome of the terrorist acts of NATO, Turkey, and other reactionary forces in the region" said Okuyan. He then continued emphasizing Turkey's plans for manipulating the crisis in order to achieve its own ends with the European Union.

"The European Union is also one of the actors in the Syrian [conflict]...Especially Germany, France, Britain. They have their hands in Syria, so they are also responsible for this big human tragedy." said the Secretary of the CC of KP.

See the link for the full story.

The deal between the EU and Turkey covers a refugee exchange programme under which Syrian refugees on the Greek islands would be returned to Turkey, while European countries would take asylum seekers currently living in Turkey. Additionally as part of negotiations with the EU, Turkey wants over 3 billion Euros, visa exceptions, Western ground forces in Syria, as well as the enforcement of a terrorist-free zone in neighboring Syria.

KKE and KP had released a common declaration on the issue in the previous weeks denouncing the imperialist war and the NATO.

See the link for the story on ICP.