Communists of Spain interpret the elections of April 28 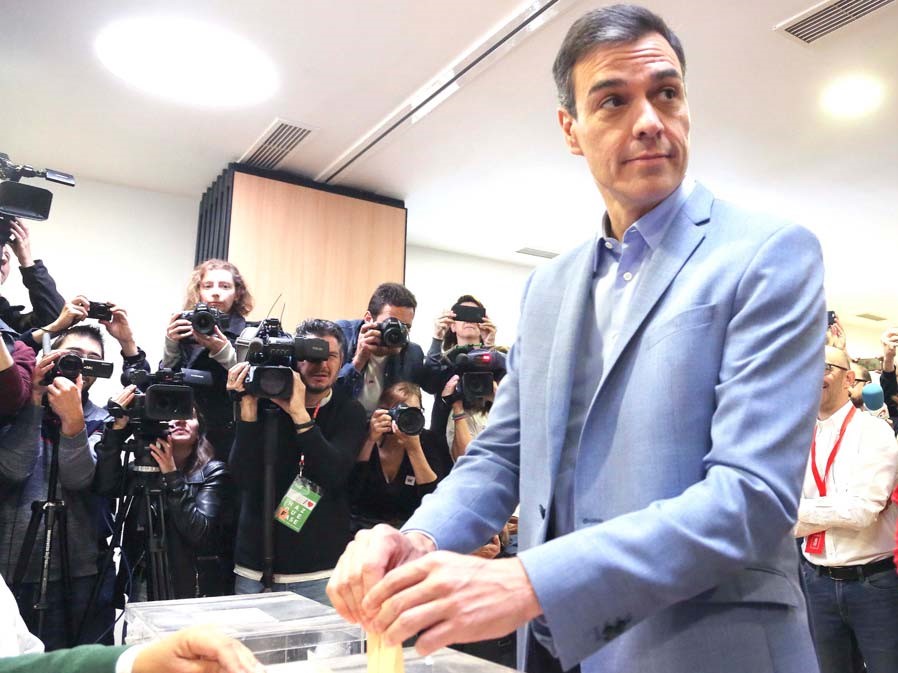 PCTE and PCE commented on the election results and the future PSOE Government.

Spanish general elections of April 28 were held with a remarkable participation of the people. The social democratic PSOE became the first but still needs a coalition partner to form the government. Extreme right-wing party Vox entered the Parliament for the first time.

The Political Bureau of the Communist Party of the Workers of Spain (PCTE) issued a statement in which is expressed their gratitude for the thousands of votes that they received. With less than two months of life under the acronym PCTE, the Party has run through a first test and made firm steps in the organizational scope. The PCTE managed to increase its membership, reinforced its business, local and territorial organizations, and set contacts to be present on a stable way in all the Autonomous Communities. The PCTE interprets the high participation level as a large support given by the workers to the false anti-fascist front organized by socialdemocracy. It is asserted in the statement that the working class will again lose out after the post-electoral pacts, since the formula of the Government eventually made will be completely functional to capitalist interests. The PCTE calls upon the working class and popular majority to keep up struggling everyday at workplaces, study centres, in villages and cities in defence of some life and labour conditions that are going to be still threatened by any capitalist government. The statement concludes, "A more experienced and stronger PCTE is the guarantee to make the working class stronger in all its struggles. The only way out for the working majority is to conquer a country for the working class. We will keep on focusing all our efforts in this task."

The Secretariat of the Central Committee of the Communist Party of Spain (PCE) commented on the election results in a statement. The Party expresses its gratitude for the high participation level, which prevented Francoist extreme right from becoming a determining force. The PCE foresees that economic powers, the EU and the Royal House will put pressure on the PSOE Government to continue neoliberal policies and the precarization of life and rights. The PCE considers it as a task alongside with the United Left (IU) alliance to face these pressures. The PCE calls upon popular, democratic and left-wing organizations to prevent the PSOE from reaching a government agreement with the neoliberal party Citizens. Five members of the PCE are elected deputies from the IU list.

See the link for the statement of the PCTE in Spanish and English.

See the link for the statement of the PCE in Spanish.