Communists defy Erdoğan: 'We call the thief "a thief", the murderer "a murderer"' 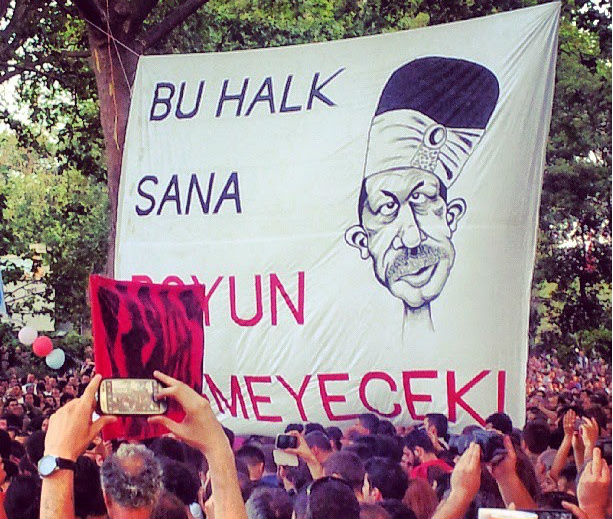 Members of the Communist Party, Turkey released a public statement to inform on themselves for challenging Erdoğan's numerous libel lawsuits.

50 members of the Communist Party, Turkey (KP) released a statement saying "The facts are stronger than Erdoğan" as an opposition to President Erdoğan's numerous lawsuits on libel against many people all over Turkey.

KP members introduced a decleration titled "WE WILL KEEP CALLING THE THIEF “A THIEF” AND THE MURDERER “A MURDERER” and said "...with the attached declaration, we are informing on ourselves as a group of party members, including the party leaders. We are calling on our people and friends to sign this declaration..."

The full text of the statement and the declaration are as follows:

"THE FACTS ARE STRONGER THAN ERDOĞAN
We reject the libel suits filed by President Erdoğan.

We are a political party; it is our principle and goal to defend the facts, to stand up against injustice and to build an egalitarian and free society.

With regard to these principles and goals, Recep Tayyip Erdoğan represents the mentality we are struggling with. The fact that he is the president neither changes our ideas of him nor prevents us from expressing them publicly.

We are not insulting him; we are just telling the truth.

Our party members, like many other people in Turkey, are constantly being sued for defaming the president.

We will not keep silent about that.

With the attached declaration, we are informing on ourselves as a group of party members, including the party leaders. We are calling on our people and friends to sign this declaration.

The facts are stronger than Erdogan.

Turkey is being governed by a leader who keeps displaying the same attitudes and behaviors as the president, as he did as the prime minister and the  president of the ruling party; who repudiates the constitution and law; who assaults the people so that the reign of money and religion over politics proceeds; who feeds on political crisis and violence; and who has accumulated a great wealth.

He filed or had some to file, almost two thousand libel suits for being called “a thief and a murderer”, a “dictator” and a “reactionist”; for being depicted with a Hitler mustache; for being asked for “the source of his wealth”.

He keeps filing lawsuits for being defamed although he recklessly assaults the people, wisdom and science, and any opposition.

Exploitation, plunder and pillage, and abuses of rights and freedom are rampant in Turkey which is under his rule.

Turkey is a land of inequality, injustice and prohibitions which is under his rule.

Bigots assail wisdom and science, children and women in Turkey,which is under his rule.

Workers, women and the youth are massacred; the people are oppressed and subjected to violence in Turkey which is under his rule.

Bombs claim lives in Turkey which is under his rule.

War crimes and crimes against humanity proceed in Turkey which is under his rule.

We, the signatories of this declaration, couldn't keep quiet just because he is filing libel suits against those stating the facts.

We will exercise our rights of political criticism, freedom of thought and speech and we will express the facts.

We will keep calling them their own names: “thief”, “murderer”, “dictator”, “bigot” and “gangster”."