Communist Party,Turkey: 'You are no less guilty!' 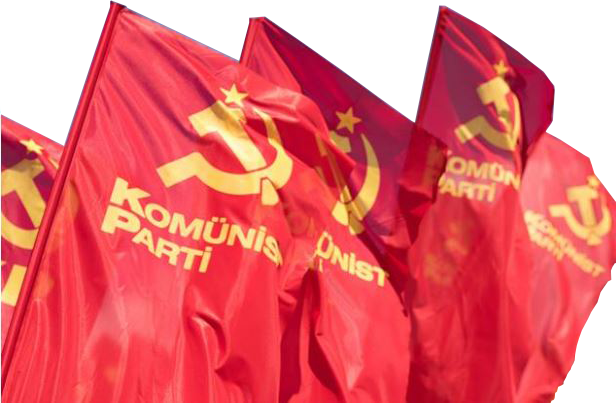 Communist Party, Turkey (KP) released a statement after the Paris attacks denouncing Islamist terrorists and the forces behind them. KP wrote out its statement in response to Turkish President Erdoğan's words claiming: "terrorism has no religion, nation, race or motherland". Erdoğan had continued saying: "We have to abandon the rhetoric of 'my terrorist is better than yours'. The attacks in Paris have proven sadly how our concerns are on the mark."

The statement of KP is as follows:

"This is the response of the Communists:

You are no less guilty!

A horrible massacre took place in Paris last night. We do not know the command behind it for certain yet. But we know that the triggers were those who shed blood in the name of Islam. They did it before, in Suruç, in Ankara...

And you... You keep repeating “terror has no religion no motherland no race”. Yet, they keep murdering in the name of religion!

Do you think the people of this country are unaware by whom these assassins are protected, armed and politically encouraged?

We remind you that the most competent authorities of your Islamist party referred to ISIS as a non-terrorist organization. What happened in Paris is the last link of the outrageous and gruesome massacres that took place in Damascus, Aleppo, Ankara and Suruç. There is no doubt that there has been no such ideological movement in near history that carried out a violence of this scale.

Several Western governments have the responsibility in the making and encouragement of this movement, yet yours is no lesser. Your rhetoric on the “determined struggle against terror” cannot mask your responsibility.

You have lost yourself to the extent that, following a mealy-mouthed message of condolence, you can openly declare your “sensitivity on the issue of terror once again proven right.” You know how to take credit for everything which happens. But we warn you that we will not let you use massacres of ISIS for your own political plans. You may say that you were right, and we will insist on saying: You are wrong in every respect; You are wrong and brazen.

It is true that France and other states may exploit the massacre of Paris in order to restrict rights and freedoms, and to create excuses to intervene in Syria, which by their efforts had already become a blood bath. Of course, we will not overlook this possibility. Nor will we overlook the hypocrisy and impudence of the Party that you lead."

You can find the statement in French below: