The Communist Party of Ukraine (CPU) under anti-communist attack 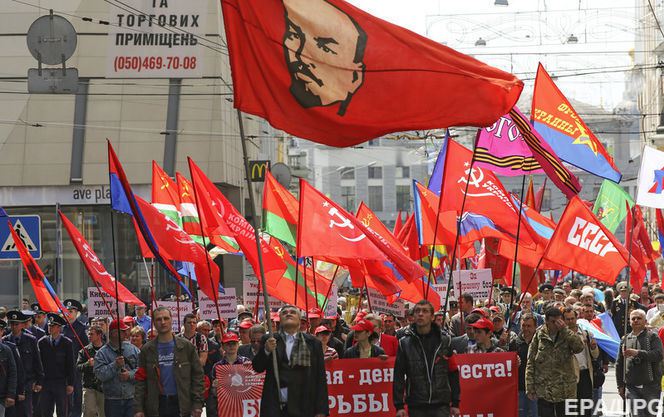 The CPU issued a call for support over their appeal against earlier anti-communist legislation which could lead to banning of the CP.

CPU has issued a call for support as follows:

"November 5, 2015 Kiev Appeal Administrative Court will hear the case on appeal of the CPU on the decision of the District Administrative Court of Kiev on 4 law-suits of the CPU against the Ministry of Justice of Ukraine. All the decisions of the 1st tire was adopted with the vast and gross violations of the general procedural guaranties of the right for a fair trial.

Our party is supported by the team of experienced lawyers.

However, at this stage it is very important for us to have the support of comrades - members of the European Parliament or national parliaments, especially considering that the decision in the process of 5th of November will open the possibility to ban the CPU. We would invite them to Kiev to take part in the process to support our Party."

On April 9 2015, the Ukranian Rada passed 4 pieces of legislation submitted by the government which banned all symbols and propaganda of communism. On the grounds of these laws, the court actions against CPU started in July 2014. The Ukrainian Interior Ministry stripped the Party of its right to participate in elections on 24 July 2015. Although CPU did not challenge this ban, it was terminated by the District Administrative Court in Kiev on 30 September 2015.