Communist Party of Poland against the political persecution 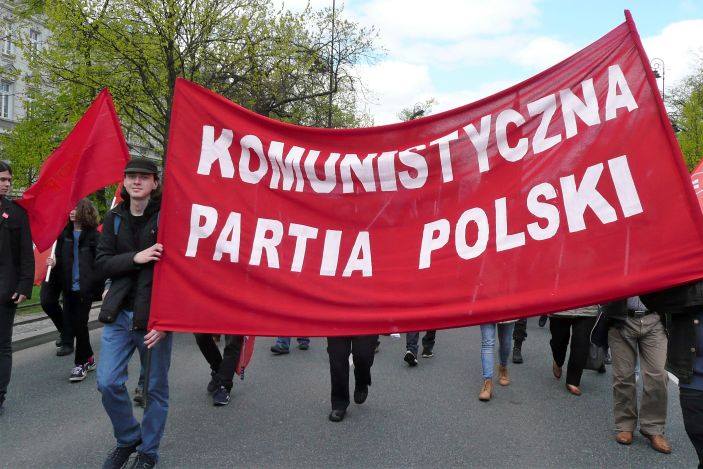 The Communist Party of Poland denounced the political persecution launched by the Polish authorities who on the other hand promote neo-nazis.

According to a statement issued by the Communist Party of Poland (CPP), on the 11th of May police entered the conference on Marxism held in Szczecin University’s facilities in Pobierowo. The functionaries acting on demand of the prosecutor’s office were searching for evidence of “promoting totalitarian system”.

The statement underlined that 'this intrusion constitutes a clear violation of the university’s autonomy and constitutional right for freedom of the scientific activity'. The professor organizing the conference said that police intervention was “an attempt to intimidate the scientists and to entangle them into the political order that is entirely contradictory with values such as freedom of speech and scientific research”. He also stated that the basic citizen’s rights are endangered.

The statement of the CPP went as follows:

'This incident is an example of progressing violations of political and civic liberties. The persecution of political activists continues and intensifies. The trial against members of the “Brzask” editorial staff and members of the CPP, accused of “promoting totalitarian system”, continues for over two years. On 7th of May Facebook profiles of Brzask and CPP were blocked. One week earlier persecution was directed against the Władza Rad internet portal. On 30th of April police confiscated computer and data carriers of its web administrator.

'At the same time neo-nazis promoting hate and physical disposal with opponents enjoy support of the state. Police stood on their side on the 1st of May in Warsaw, using force against the antifascists blocking neo-nazi march with participants displaying SS symbols. The Communist Party of Poland calls for the establishment of the united front against the state persecution. We express solidarity with persecuted for their political activity, including scientists who experience limitation of their scientific freedom by the state authorities.'