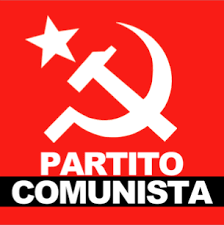 Italian communists gathered in the capital city of Rome for the Second National Congress of the Communist Party, Italy (PC).

Communist Party, Italy (PC)  was founded in 2009 with the aim to be a leading Marxist-Leninist organisation of the peninsula and since then has defined itself with the ideas of Italian partisan and communist leader Pietro Secchia. On Sunday 22nd January, Italian communists gathered in the capital city of Rome for the Second National Congress of the Communist Party, Italy (PC).

In his speech, the First Secretary (Segretario Nazionale) of the PC, Marco Rizzo pointed out the failures of the opportunist “left” across Europe, of which SYRIZA had already become an epitome. He also criticised the alliances forged by “eurocommunists” in Italy, as well as the “so-called anti-system forces” such as comedian Beppe Grillo’s “Five Star Movement” and reactionary rightists such as Matteo Salvini and Giorgia Meloni whose stance is “merely fluff, just to get a few more votes”. His criticism was picked up by the delegation of the KKE, who emphasised that the shortcomings of the “left-wing forces” that rose to power in Greece, Cyprus and Portugal showed that “the bourgeois state can’t be dismantled by electing a supposedly left-wing government in a capitalist framework” and that “such forces have thus executed policies which only served to save the capitalist system”.