Call on the workers of the Europe against barbarity of capitalism 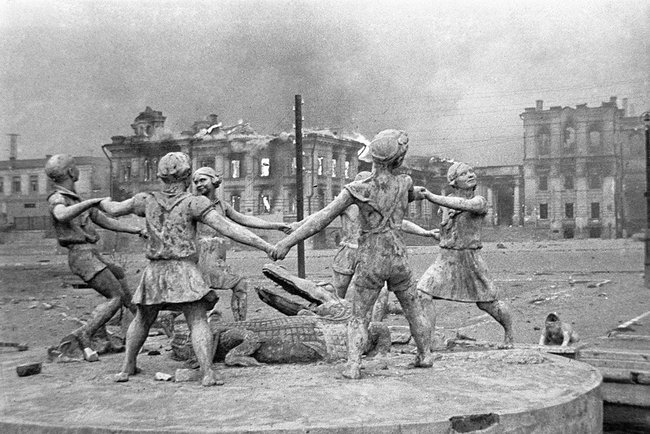 The Secretariat of the European Communist Initiative released a statement on the 75th anniversary of victorious outcome of the Battle of Stalingrad.

The statement of the Secretariat of the European Communist Initiative on the 75th anniversary of victorious outcome of the Battle of Stalingrad is as follows:

On February 2 75 years will have passed since the end of the Battle of Stalingrad, with the complete victory of the forces of the Red Army and the crushing of the Nazi armies, something that constituted the beginning of the radical change of tide in the war in favour of the USSR and more generally laid the foundations for the Anti-fascist Victory of the Peoples.

Today the EU, as well as other bourgeois ideological mechanisms seek to rewrite history, to diminish or even eliminate the role of the USSR, of the Soviet people, the Red Army and the communist movement that made countless sacrifices in the struggle to defeat fascism, which emerges from the bowels of the capitalist system. Even now, however, the battle of Stalingrad, its victorious outcome are unpalatable for imperialism and its ideological mechanisms, as the study of it highlights the advantages of the socialist mode of production, the leading role of the popular masses, with the working class as the leading force, the role of the communist party as the revolutionary workers’ vanguard.

Stalingrad is one of the best examples of the superiority of socialism when compared to capitalism, that is to mobilize all the social forces for a vital battle as this historical victory not only showed the military merits of the Red Army but also the unity, common will and organizational capacity of a socialist country.

We call on the workers as well as the youth of the countries of Europe to turn their backs on the ideological-political propaganda of anti-communism and anti-sovietism; to learn from and to be inspired by the titanic endurance and strength of the victors of the battle of Stalingrad and to swim against the current of pessimism, which is created by the existing negative correlation of forces, against the barbarity of capitalism, against the wars, crises, exploitation, poverty, unemployment and class oppression.

The Secretariat of the European Communist Initiative