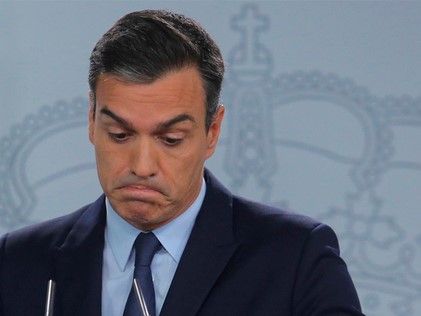 PCTE on the failure of social-democracy in the government formation.
ICP, 22 September 2019
In Spain, as social-democracy failed to form a new government, new general elections will be held on November 10. Against this situation, the Communist Party of the Workers of Spain (PCTE) announced its participation in this new election process and conveyed to workers its reflections with a statement issued by the Political Bureau on September 18. Previously, the Party had warned for multiple times that the workers’ and people’s movement should place no trust in social-democracy.
The Party criticized the "embarrassing political spectacle" where both PSOE and Unidas Podemos engaged in discussing on the government format and the share of seats in ministries, without explaining to the people under what terms the program discussion was being placed. In the statement of the PCTE, it is claimed that the new call of elections is the solution preferred by the most influent section of the Spanish bourgeoisie. According to the analysis of the Party, a new capitalist crisis will outbreak soon and in this scene, the new capitalist government that will be formed will have to face very important cuts, blowing again our life and labor conditions.
Reminding the intense campaign that the Party launched for the repeal of the labor reforms, those passed both by the PSOE and by the PP, it is boldly underlined in the statement that there is no way out for the working class within capitalism. The PCTE consider the repeat of the general elections as another moment in the struggle between the political forces that serve capital, whether they are conservative, liberal or social-democratic ones, and those who live from our work. Against the power of capitalists, the Party proposes to build a strong workers’ and people’s counterweight to reject all forms of capitalist management and all the attacks from capitalist governments.
The statement ends as follows,
"The Communist Party of the Workers of Spain will display all its energies in this process headed to the true change which only a Spain led by the working class on the socialist-communist bases can represent. We call to reinforce the ranks of the Communist Party, we call to break once and for all with the politics of the lesser evil and possibilism. We call the working class and people’s strata to choose what is necessary."
See the link for the statement in Spanish and English.
Tweet