AKEL: 'We will continue and intensify this struggle further' 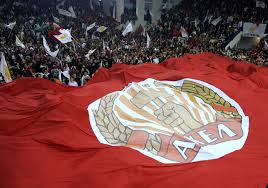 Statement by the GC of the C.C. of AKEL A. Kyprianou on the final results of the presidential election in Cyprus

The Second round of the Presidential elections in Cyprus was held on Sunday the 4th February between the independent candidate Stavros Malas, who was supported by the Progressive Party of the Working People (AKEL) and the current  President Nicos Anastasiades. The current President polled 55,99% of the valid votes cast and won the elections over 44,01% for Stavros Malas.

The General Secretary of the Central Committe of AKEL Kyprianou released a statement on the results of th eelection.

The statement is as follows:

AKEL is present, united and powerful, to defend the interests of Cyprus and our people
We assure the Cypriot people that we will continue and intensify this struggle further

Today the Cypriot people have exercised their right to vote and elected the new President of the Republic of Cyprus.
The result did not satisfy us, but the people’s verdict is always to be respected. We fought the election battle with sincerity, honesty, dignity and credibility. We lost the election, but politically and ethically we are winners. The percentages we received in both the first and the second round confirm this fact.
We thank the thousands of our fellow citizens who trusted and supported the candidacy of Stavros Malas.
We express our warm thanks to the thousands of volunteer AKEL militants and members, non-affiliated persons, but also citizens from other political spectrums that worked hard and daily to bring change to our country. Our struggle does not end here. It will continue unabated over the next five years to lay the foundations for achieving change.
We congratulate Mr. Anastasiades on his election. AKEL remains in opposition. As a patriotic, serious and responsible force, we will support what serves the goals and interests of the people. However, we have no illusions. We have a radically different understanding of socio-economic policy. Mr. Anastasiades for 5 years ruled serving considerations and gave a great deal to the privileged few and very little to the many.
As far as the Cyprus problem is concerned, he has proved to be untrustworthy and we do not trust him. AKEL sets the Cyprus problem as a top priority issue which concerns the very survival of our people on the land that gave birth to it. Mr. Anastasiades needs to convince us that that’s how he perceives it. Unfortunately, he has so far demonstrated the opposite. Our criticism will be objective, but severe.
Stavros Malas did not win the election. However, we want to thank him from the bottom of our heart for the struggle we waged together. It was a very difficult and uneven struggle, but we fought it with dignity, ethos, sincerity, seriousness and a clear discourse and line. We tried to convince the people of our positions and proposals without cultivating fear and intolerance, without underestimating people’s intelligence, without selling empty hopes to the people. We want this relationship and cooperation to continue in order to serve the people effectively.
We are saddened because we did not succeed in achieving the goal of changing the governance of the country. As AKEL we have been consistent to this goal throughout the entire election campaign. Unfortunately, the parties of the so-called “intermediate” political spectrum, despite the fact that they were insisting on the same goal, at the critical moment they chose not to assume their responsibility. This unfortunately confirms their inconsistency. If they had remained faithful to the goal of change, it is evident that change would have been achieved and in doing so meeting the people's expectations.
The struggle does not end here. We assure the Cypriot people that we will continue and intensify this struggle further. We need its support even more strongly in order to be able to serve the people’s interests more effectively; to contribute to the solution of the Cyprus problem with the liberation and reunification of our island; to contribute to the growth of the economy and the fair distribution of the wealth produced.
To rebuild the welfare state and strengthen social cohesion. To tackle poverty, inequality, unemployment and social insecurity.
Tomorrow another day will dawn.
AKEL is present, united and powerful, in order to defend the interests of Cyprus and our people.