AKEL on the current stage of Cyprus negotiations 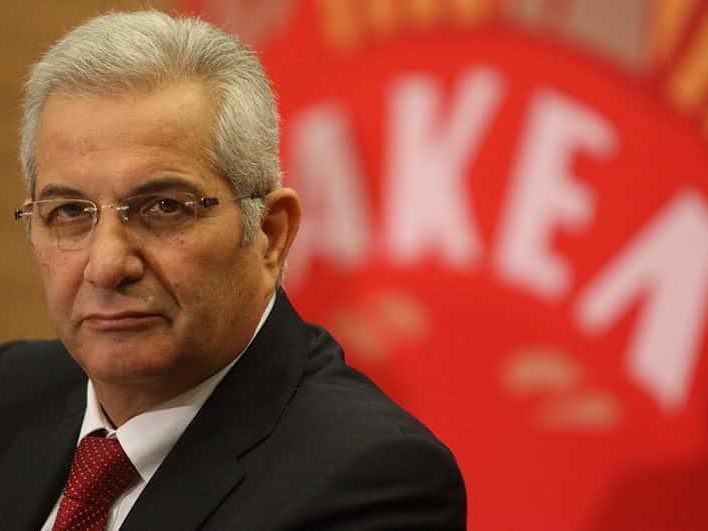 GS Kyprianou criticized the government's choices in foreign policy and reluctance to resume Cyprus negotiations.
ICP, 19 September 2018
A statement of Andros Kyprianou, General Secretary of the CC of the Progressive Party of the Working People (AKEL), was published on Dialogos web portal on September 10. Kyprianou expressed the worries on behalf of his party about the reports claiming that President Anastasiades is rapidly moving away from the solution of bizonal-bicommunal federation
and about the government's silence on these claims. Kyprianou stated that the submission of the Cyprus report by the UN Secretary-General's special envoy and the meetings of the UN Secretary-General Antonio Guterres with the two leaders in New York must conclude in the resumption of the negotiations. Kyprianou expressed his party's request as follows:
"The President of the Republic must convince the UN Secretary-General that this time he has the will to go all the way. And our request to the President of the Republic is in his meeting with him, within the framework of the UN General Assembly, he must really convince him that this time if the negotiations begin he will have the will to go to the very end; to convince him, not tell him verbally, but to convince him that this is indeed his intention."
On September 11, the Press Office of the CC of the AKEL issued Kyprianou's statement on the foreign policy of the government. In an interview, the President of the ruling DISY Party said that Russia's national, energy and geopolitical interests no longer coincide with the interests of Cyprus, provoking the reaction of the Russian Federation. As a response, Kyprianou asserted that the President of the DISY must be extremely careful in his references to foreign states and reminded the long-standing ties of friendship and cooperation between Cyprus and Russia both on the level of the two peoples, but also on a governmental level. Referring to the Russian support in the UN Security Council and the reiteration of Russia's support for the solution of the Cyprus problem by the Russian Embassy in Nicosia, Kyprianou pointed out that Russia adheres and upholds positions of principles on the Cyprus problem, as did the Soviet Union. The General Secretary of the AKEL CC questioned the DISY President's growing conviction in "Euro-Atlanticism" and the "Cyprus belongs to the West" doctrine and added that the DISY has been remarkably vigorous in developing its relations with the United States during the administration of Donald Trump. Kyprianou defined his party's position as follows:
"AKEL’s position is different. A small, but sovereign and independent country like the Republic of Cyprus, has no interest in aligning itself with one or the other camp. It has to develop relations with all the states of the world and take positions of principles on international issues. Even within the EU itself, Cyprus’ interest and duty are not to accept obediently and uncritically whatever certain forces and circles are promoting, but to project positions of principles; positions that serve the interests of our country and people, peace and security, in Cyprus, the wider region and throughout the world."
See the link for Kyprianou's statement on Dialogos.
See the link for Kyprianou's response to the DISY President.
Tweet