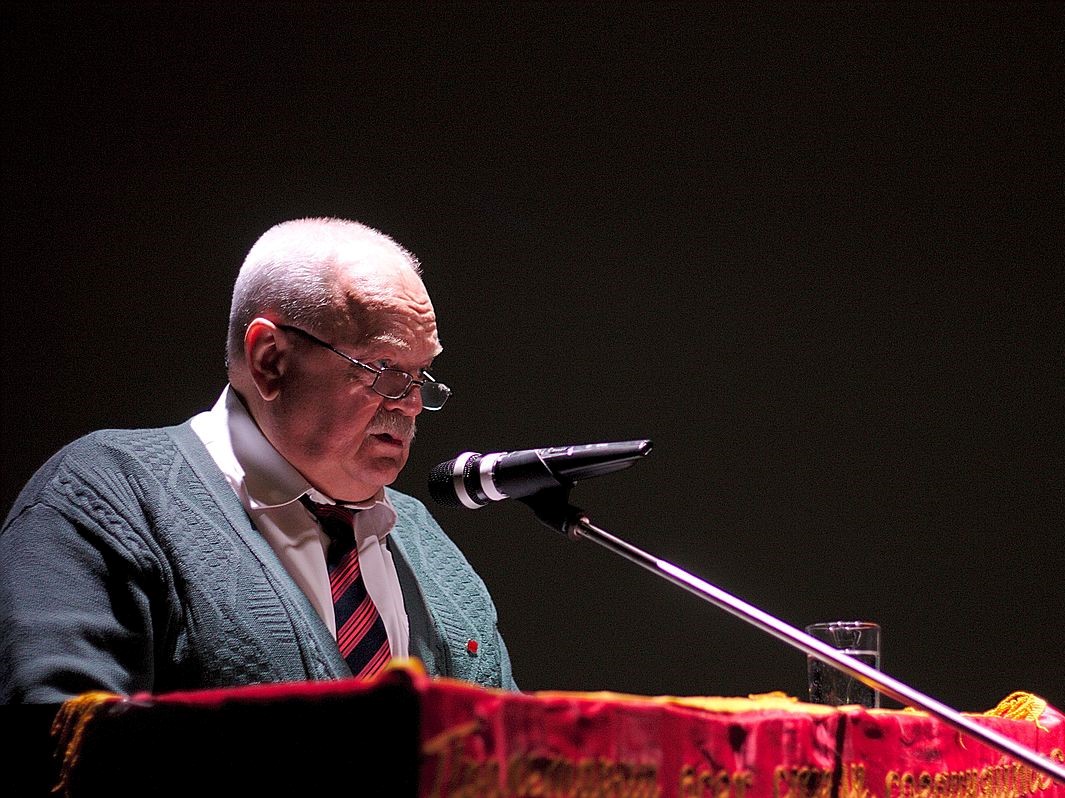 Viktor Tyulkin from the RCWP commented on Putin's speech about the retirement age reform.
ICP, 12 September 2018
President Vladimir Putin addressed citizens of Russia over TV and radio on August 29. He explained his position regarding the proposed increase in retirement age, introducing a number of proposals for softening the transition to the new system. The same day, Viktor Tyulkin, First Secretary of the CC of the Russian Communist Workers' Party (RCWP) and the leader of the ROT Front, answered the questions of Dmitry Volgin.
Tyulkin did not found Putin sincere while he tried to manoeuvre and wriggle, who had intentionally skipped this touchy subject during his electoral campaign. Tyulkin believed that Putin failed this decency test, resulting in an unpleasant surprise to many people that retained trust in him. In fact, the President had an undeniable responsibility in the privatization process, which eventually destroyed the powerful united economic mechanism that had ensured the stability of the best pension system in the world.
Tyulkin explained why the government had not implemented the reform earlier but now, "The current situation is suitable. The class of capitalists-exploiters has grown stronger; the system of total police suppression has been created. There is legislation that enables the regime to maintain the monopoly of the United Russia Party. There is a whole army of officials; there are National Guards that are specialized in the suppression of riots. The essence of this reform is the intensification of exploitation and further enslavement of people, there is no other necessity."
The interviewed ended as follows:

"We understand this in a class workers’ manner: you are being robbed, they take away years of your lives, whereas the number of fat cats increases even more. Should we now treat his reasons with understanding? Sorry, no go. Capitalists only listen to the voice of power. We call all working people for intensifying the struggle! If we don’t struggle, the parasites and their power will take away everything from us. To the struggle, comrades! ROT Front!"

See the link for full text in Russian, English and Arabic.
Tweet