Tudeh warns against adventurous policies of Trump and the Islamic regime 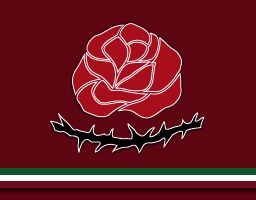 The Central Committee of the Tudeh Party of Iran updated its assessment on the repercussions of the US withdrawal from the international nuclear agreement with Iran.

The Central Committee of the Tudeh Party of Iran (TPI) issued a statement dated 11 May on the decision of US withdrawal from the nuclear agreement and its possible consequences. According to the statement, the repercussions of US President Donald Trump’s unilateral decision to withdraw from the international agreement vis-a-vis its allies ‘is indicative of an international crisis that the dominant, reactionary, and adventurous nature of the Trump government has created without regard to its dangerous consequences‘.

The statement of the TPI underlined that the intensification of the Israeli military movement in Syria is coordinated with the American decision to quit. The statement said, ‘In such a dangerous situation, the pretext of the presence of the IRGC's extraterritorial forces in Syria ... has become a mere excuse for Israel and US imperialism to counter Iran's widespread and devastating wars, and has no role in defending national security.‘

Referring to the the statements of the leaders of the EU and other signatory states, including Russia, China, the TPI asserted that this move ‘has the aim of advancing the adventurous policies of the anti-Israel governments of Saudi Arabia and in the interest of the monopoly of arms‘. The statement affirmed that it is now clear that the United States and Israel are planned to incite the Iranian regime and put it on a military strike.

In addition to the risk of a war, the statement of TPI pointed out that the impact of the unilateral sanctions imposed by the United States will, in turn, make the economy of the country more difficult for the people to maintain a livelihood. It was reminded in the statement that from the time the agreement was signed, the TPI had evaluated it as ‘an unstable, short-term and desperate solution‘. Under the new sanctions, the positions of Hassan Rouhani and Ali Khamenei to soothe the Iranian people while threatening to resume enrichment activities are even more dangerous.

The statement of the Central Committee of the TPI called for a joint struggle under the slogan of peace and justice, both challenging the Islamic Republic's impudent policies and exposing the hazardous plans of the coalition of US, Israel, and Saudi Arabia against the Iranian people. The statement went as follows:

‘We believe this is an effective and possible way to cross the current catastrophic deadlock. The current tense situation does not just help the struggle of our people with the ruling dictatorial regime, but its continuation, as demonstrated by the devastating wars of Iran and Iraq. It is a serious blow to the popular movement to escape the tyranny chain. The destiny of Iran and its sovereignty must be determined only by the people and the progressive and libertarian forces of our homeland, not by the reactionary and militant forces such as the Trump government, the Netanyahu government, and the rule of Benjaminman, their supporters and their domestic entourage.‘