Tudeh warns about war-mongers in the Persian Gulf region 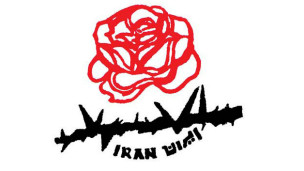 The CC of the Tudeh Party of Iran released a statement on the tension in the region denouncing the policies of the Islamic Republic of Iran, Saudi Arabia and Turkey.

Tudeh Party of Iran released a statement on the breaking of the diplomatic relations between the Islamic Republic of Iran and Saudi Arabia and the rise of tension in the Persian Gulf region.

The CC of Tudeh stated that the political and diplomatic relations of Saudi Arabia with Iran have become very critical and increased the possibility of dangerous conflicts between the two countries after the execution of Sheikh Nimr Baqr al-Nimr, the Saudi dissident Shiite cleric, by the Saudi authorities.

"The trip to Riyadh (on December 28th) of Turkey’s President Recep Tayyip Erdoğan, one of the main protagonists in continuing the bloody and destructive war in Syria, could not be unrelated to the decision of Saudi Arabia and the recent executions and the escalation of tensions in the region."

Tudeh Party of Iran also denounces the raids by the government of the Islamic Republic of Iran on the embassy and consular building of Saudi Arabia in Iran and the damaging of their properties. In the statement, Tudeh notes that it considers the protection of the interests of the people of Iran its national responsibility and its position is to defend peace and support a peaceful solution to end all disputes and regional conflicts.

"Statement of the Tudeh Party of Iran

The Tudeh Party of Iran deems the escalation of the tensions between Iran and Saudi Arabia to be against the interests of the people of Iran and the region.

Following the execution of Sheikh Nimr Baqr al-Nimr, the Saudi dissident Shiite cleric, by the Saudi authorities, the political and diplomatic relations of this country with Iran - which have already deteriorated in recent years - have now become very critical and increased the possibility of dangerous conflicts between the two countries.

Subsequent to the calculated and provocative action of the Saudi’s reactionary rulers in executing Sheikh Nimr, the Saudi Shiite cleric, on Saturday 2 January , along with 46 other  people - who according to the published news were mostly affiliated with the terrorist group Al-Qaeda - the hooligans associated with the Iranian Revolutionary Guard Corps and Basij militia and IRI’s security forces raided the embassy of Saudi Arabia in Tehran and the Saudi’s consulate building in the city of Mashhad. During these raids, besides chanting proactive slogans, some of the demonstrators took advantage of the indifferent police force, entered the grounds of the embassy and set fire to part of the building and ransacked some of the documents and properties of the embassy. According to the media today (Sunday January 3rd) Adil al-Jubeir, the Minister of Foreign Affairs of Saudi Arabia, announced that following the attacks on the buildings of the Saudi diplomatic missions in Iran, Saudi Arabia has severed its diplomatic ties with Iran, and asked that Iranian diplomats leave Saudi Arabia within 48 hours.

The provocative speech of Iran’s Supreme Leader Ali Khamenei, outside of the diplomatic norms, about the execution of Sheikh Nimr, and the attacks and raids on the Saudi embassy and consulate building are politically and diplomatically unjustified. The invasion of the embassy of a State under any pretext is considered invasion of that country and in the eyes of the international bodies, including the UN, is condemned. It must be added that both the President and the head of the Iran’s Judiciary labeled the attack on the Saudi embassy as illegal and criticised the action.

It must be noted that the escalation of tensions between Iran and Saudi Arabia stems from the serious disputes between the two regimes about the domestic wars in Syria and Yemen. Last February, the Saudi regime officially invaded Yemen to prevent the victory of Houthi forces and their allies who, as alleged by the Saudis, are supported by Iran. This action by Saudi Arabia and its allies in the Gulf Cooperation Council was to prevent the fall of the previous Yemeni President who was supported by Riyadh and to control the political developments in Yemen in favour of the reactionary policies of the Saudi regime. With regards to the domestic war in Syria, Saudi Arabia and the reactionary monarchists of the Persian Gulf in alliance with Turkey and the United States and NATO states want to transfer  power from Bashar al-Assad, Syria’s elected President, to Wahhabi and Salafi terrorist groups who they support. Iran, in a common front with the Russian Federation, Iraq, and Lebanese Hezbollah adamantly and practically support the continuance of Bashar al-Assad government and the foreign policy of the Syrian government.

The trip to Riyadh (on December 28th) of Turkey’s President Recep Tayyip Erdoğan, one of the main protagonists in continuing the bloody and destructive war in Syria, could not be unrelated to the decision of Saudi Arabia and the recent executions and the escalation of tensions in the region. Turkey and Saudi Arabia are central to the alliance of the Sunni countries involved in the developments in Syria. During his official talks with Saudi authorities, Erdoğan spoke about the common vision of the two countries with regards to the future of the Syria and shaping the developments in other conflict areas in the regions, including Yemen, and said: “It is clear that steps that are taken without considering the dynamism, sociology, and the history of the region will only end in savagery and brutality.” In this trip, Erdoğan officially announced the joining of Turkey to the reactionary alliance of Sunni states engaged in Syria.

What should be clearly stated is that the irresponsible statements of influential figures within the Iranian regime about the recent worrying events do not help in keeping the peace and calm at all and in fact serve the dangerous policies of the reactionary regime of Saudi Arabia. Ali Akbar Velayati, the Head of the Strategic Research of the Expediency Discernment Council in Iran said: “the indications of the Saudi government’s dissatisfaction with the events in Yemen and the developments of the region are seen in the execution of the Sheikh Nimr.” He said that he is “sure” that Saudi Arabia will suffer a military defeat in Yemen. Iran’s news media released the harshly worded statement of the Guards Corps which alluded to “seeking revenge” for the execution of Sheikh Nimr and threatened to “appropriately respond” to this action of Saudi Arabia. Iran’s Military also issued a statement denouncing the execution of Sheikh Nimr and stated that “it is time for an appropriate response to the crimes of the House of Saud.”

The Tudeh Party of Iran condemns the anti-people and reactionary policies of the Saudi regime and at the same time expresses its grave concern about the events of recent days and the dangerous escalation of tensions in the region. If this deepening crisis is not managed wisely and based on the national interests of our nation, it could be exploited by the warmongering circles on both sides and lead to further conflicts, and cause our nation to suffer from its unpredictable disastrous and devastating consequences. The Saudi regime is determined to take advantage of any escalation of tension against the Islamic Republic of Iran to strengthen its position in the region and to continue and deepen the isolation of Iran which will have huge political and economic costs for Iran. The reactionary and warmongering circles in the power structure of the theocratic regime of Iran could also exploit this tense environment and the possibility of conflicts to reshape the political atmosphere of the country, over the next few months leading to the parliamentary elections [in February], to their advantage and cause new problems and new rounds of devastating sanctions against Iran. Any rise of tensions and any new military conflict in the region could have disastrous consequences for the future of our country.

The Tudeh Party of Iran, which is a longtime critic of the anti-people regime of Saudi Arabia and its human rights record, condemns the provocative execution of Sheikh Nimr Baqr al-Nimr and calls upon the appropriate international bodies like the Human Rights Commission of the UN to seriously deal with the continuing human rights violations in that country. At the same time, we denounce the raids on the embassy and consular building of Saudi Arabia in Iran and the damaging of their properties. The government of the Islamic Republic of Iran is bound to act upon its responsibilities according to the international diplomatic protocols. The Tudeh Party of Iran considers the protection of the interests of the people of Iran its national responsibility and its position is to defend peace and support a peaceful solution to end all disputes and regional conflicts based on the United Nations Charter and respect for the will and demand of the nations. Currently, the Middle East is like a barrel of gunpowder that in the event of any new military conflict could lead to a blood and fire catastrophe for its already hard-hit people.

The Central Committee of the Tudeh Party of Iran"