Tudeh Party: Warmest Greetings to the Brave and Progressive Teachers of Iran 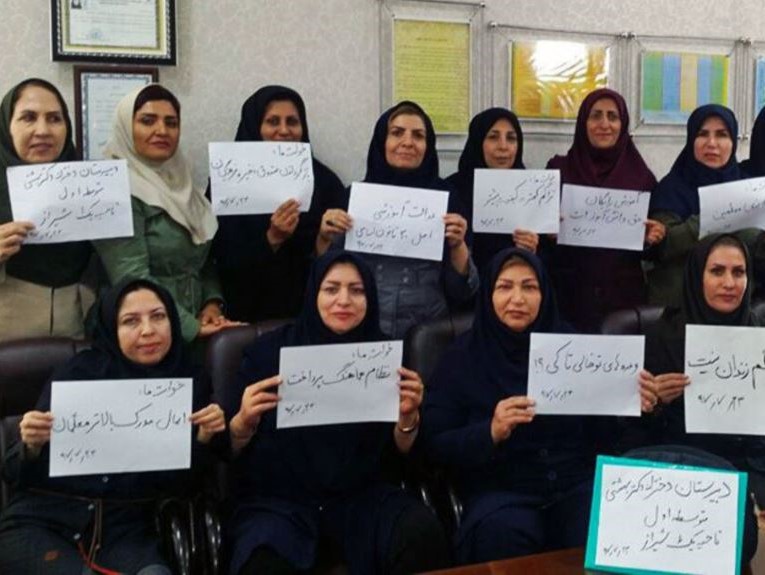 The Tudeh Party declares support to the strikes and sit-in protests of the Iranian teachers and educational workers struggling for their rights.
ICP, 17 October 2018
The purchasing power of the working people in Iran has drastically shrunk due to the devaluation of the Iranian rial and the uncontrollable inflation. In addition to the ongoing strikes of the truck drivers and bazaar merchants, recently Iranian teachers and educational workers joined the struggle for a decent life. It is an acknowledged fact that teachers' salaries are about a third of the poverty line and that many of them are obliged to work for side jobs in order to make ends meet. On October 14 and 15, teachers from more than 25 provinces and 60 cities of Iran refused to attend classes but held sit-in protests. During the nation-wide two-day strike, at least two education activists were arrested by the authorities.
On October 10, the Coordinating Council of the Educational Workers’ Associations of Iran made a statement writing, "the parliament and government have not been able to do anything about the almost empty table of the working and retired educational workers and to improve the state of education, it is time to show our objection to the chaotic conditions of the education system." The statement criticized the security agencies and judiciary power who "threaten, exile, suspend, expel, and imprison the justice-seeking and demand-pursuing teachers instead of dealing with the thieves and the corrupt."
On October 13, The Tudeh Party of Iran declared its support to the teachers' struggle. The statement wrote,
"Tudeh Party of Iran fully supports the legitimate and brave struggle of the nation’s educational workers and the call of the Coordination Council of the Educational Workers of Iran for a sit-in and will fight alongside the noble and progressive teachers for their demands. The struggle of the educational workers is part of the general struggle of the people of Iran and particularly the working people of the nation against the oppression, repression, corruption, and the authoritarian rule over the country. This is a crucial and vital struggle against the theocratic dictatorship for achieving the basic and fundamental rights, democratic freedoms, social justice, and also to secure the livelihood of the people under the current harsh conditions. We must support the sit-in of the educational workers and we must tirelessly make every effort to link and tie the various popular struggles together.
See the link for the statement of the Tudeh Party in Persian and English.
Tweet