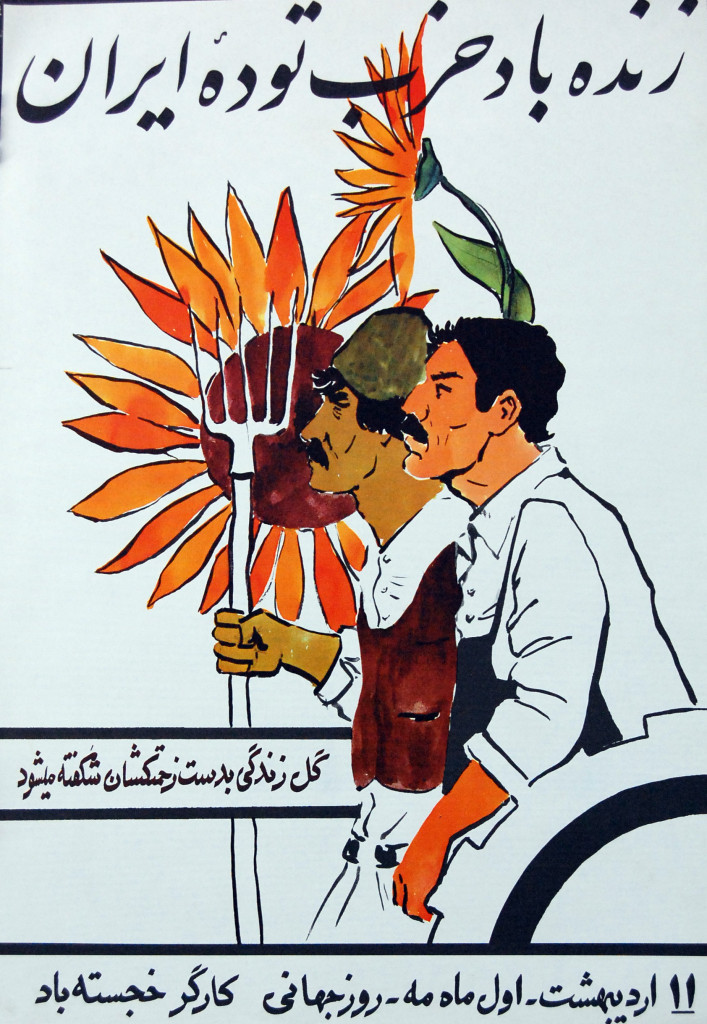 The Tudeh Party, being the oldest political party in Iran, is celebrating its 75th anniversary of foundation.

As the oldest political party in Iran, the Tudeh Party of Iran (TPI) was established in 2 October 1941 as the successor to the Communist Party of Iran, which was banned by the Shah regime in 1933. The TPI is presently struggling against the Islamic dictatorship and imperialist interference.

Tudeh announced that it will be organizing  number of political events which will mark its contribution to the struggles for “peace, genuine democracy, and socialism”. In its statement the Party underlined the decisive role of the organised working class in shaping the future of Iran based on the will of the people.

The TPI played an significant role in the struggle against the Shah during the oil nationalization and its aftermath. Following 25 years in exile and operating underground, the TPI actively participated in the Iranian Revolution of February 1979 to overthrow the Shah’s dictatorship. However the Party was once again declared illegal by the theocratic regime and 10,000 members, cadres and loyal supporters - including almost the entire leadership of the Party - were arrested and jailed.

Since the establishment of the Islamic regime, the Party is operating in clandestine conditions inside the country. Nevertheless it has been able to reorganize the labour, youth and women’s movements. Historically, the party has always had a significant impact on mass mobilisation against the dictatorship and imperialist interference in Iran.

Concerning political developments in the Middle East, the TPI pointed out that the Islamic Republic of Iran, as one of the two reactionary and dictatorial regimes of the region, the other being Saudi Arabia, has turned Iraq, Syria and Yemen into an arena of struggle for superiority in the emerging imperialist order in the region. The TPI stressed its concern about the sovereignty and integrity of Iraq and Syria.

The “detente” policy of the US and EU towards Iran was also assessed by the TPI as a “skillful accommodation” of US imperialist demands and the Islamic dictatorship in the name of “normalization”. The TPI declared that it continues its efforts to organise the masses, and believes that through the creation of a united movement of the progressive forces - including the powerful social movements - the path for fundamental, democratic and progressive changes could be paved