RCWP: 'Terrorism is a weapon of imperialism' 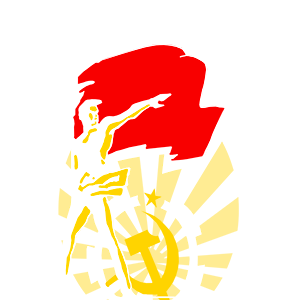 Russian Communist Workers Party (RCWP) released a statement denouncing Russian's military intervention in Syria as well as the incident between Russia and Turkey at the Syrian border.

"...terrorism is a product of social-economic politics of Capitalism, the product of the egregious inequality, of material and spiritual oppression created by Capitalism especially in the epoch of Imperialism both within certain countries as well as in respect of whole countries and peoples. The suppression of scientific world view, the promotion of religious believes practiced by Capitalism set the preconditions for playing off different peoples and religions against each other."

The statement also highlighted how the" terrorists are cultivated and used to redistribute the spheres of influence, weakening of competitors and seizure of markets" by imperialists.

The full text of the statement of RCWP CC’s Political Council is as follows:

"Terrorism is a weapon of Imperialism

Capitalism likes to talk loudly. Especially loudly it declares its humanity, its concern for the public good, humanism freedom and democracy.

These days Russian Capitalism has been broadcasting about its struggles against terrorism, these broadcasts carried out through both media and governmental offices loudly and pretty often in an offensive style. This refers to both the military activities of RF in Syria as well as to the search of terror attack perpetrators who blasted the Russian A-321 plane. Now we can see President Putin himself who promised to punish the terrorists in any location of the world while saying that “the struggle should be intensified so that the criminals should come to understand the inevitability of retribution”.

Capitalism does speak loudly; nevertheless it has a poor memory. They hate to recall and to bear any responsibility for what was said and promised in the past. All those loud words could be heard during the massacre of children in Beslan, at the times of the tragedies in Budennovsk and Kizlyar, we heard them when there were blown up houses, seized “Nord-Ost” theater. We heard the expressly brutal promises “to bump the terrorists off in the loo”. This practice of “bumping off” is incidentally quite common in Russia when the authorities are in a hurry to kill the culprits claiming that those killed were exactly terrorists instead of capturing them alive to investigate the terror attack and to find those who ordered the attack. By the look of things the authorities are well aware of this as they are, whereas we, the public are not entitled to know this. What essentially new could we hear this time? This is probably the promise to pay 50 million USD to those who could show the tracks of the terrorists who blasted the A-321. Such sums of remuneration for the information were not offered in the past. Nothing else was new in this speech, the more so as it is exactly the system of Capitalism that gives birth to terrorism.

Central Committee of Russian Communist Workers’ Party hereby states that terrorism is a product of social-economic politics of Capitalism, the product of the egregious inequality, of material and spiritual oppression created by Capitalism especially in the epoch of Imperialism both within certain countries as well as in respect of whole countries and peoples. The suppression of scientific world view, the promotion of religious beliefs practiced by Capitalism set the preconditions for playing off different peoples and religions against each other.

There was no more or less perceptible occurrence of terrorism in USSR. The rarest exceptions only serve to prove the obvious rule: there is no ground for terrorism under conditions of Socialism. As soon as Capitalism came we got wars, bloodshed and thousands of victims in Tbilisi, Baku, Sumgait, Karabakh, Transnistria, Tajikistan, Abkhazia, Chechen Republic, Southern Osetiya and now – in Ukraine.

We are asked what the islamist terrorists, the war in Syria and the catastrophe with the plain in Egypt have to do with the above. We, communists answer as follows: it was exactly after the downfall of the Soviet Union and the temporary defeat of Socialism in Eastern Europe that Imperialism immediately started to act considerably more aggressively, brazenly and cynically. Here we should mention Afghanistan, Yugoslavia, Iraq, Libya, nowadays – Syria. These are expected consequences of the aggressive politics of Imperialism aimed at finding the way out of crisis, used in the course of the struggle with competitors.

Terrorism is a weapon of Imperialism. Terrorists are cultivated and used to redistribute the spheres of influence, weakening of competitors and seizure of markets. These are also used by Imperialism to create the conditions and to implement political and economic projects in particular those pertaining to their own internal politics when they need “to consolidate” the nation in the face of external threat and thus “to hide” the egregious social class contradictions. It’s enough to recall Usama Ben-Laden cultivated by USA.

The biggest imperialist power, USA has been nowadays crying to the skies stressing necessity to fight terrorism. Nevertheless these are USA that is objectively the part most interested in fomenting conflicts and creating chaos in the Middle East and Ukraine. The USA benefit from weakening economic ties between competitors, like the ties between EU and Russia. USA together with EU are interested in severing the ties between Russia and Ukraine and the weakening of Russian Imperialism. In the chaos created together with Israel in the Middle East they promote the interests of their biggest oil and gas companies, they plan to suppress and replace the legal authorities of Syria that have been carrying out sovereign and independent policy that enjoys a deserved esteem in the Arab world. Islamist terrorism cultivated by Imperialism sometimes gets out of control and brings about tragedies in the countries of the West themselves. In such instances the bourgeois authorities express their condolences to each other, express their grief over hundreds of victims, in particular over those that perished in the Russian plane crash, nevertheless they show much less grief over the victims in the countries where they’ve fomented bloody conflicts.

According to official data of Greek authorities, in the process of crossing by the refugees Mediterranean there have been drowned more than 3000 people, women and children included.

On the territories of the former Soviet Republics and Russia the total number of victims of the wars brought about by Capitalism is counted in hundreds of thousands (over 100 thousand in Tajikistan, over 100 thousand in Chechen Republic), thousands of victims in Transnistria, Abkhazia and other regions. The number of casualties in Ukraine and in Donbas is already counted in tens of thousands.

By and large, one should add to these figures those tens of millions that represent the difference between the birth and mortality rates there accumulated over 25 years. Such an indicator as one of the highest in the world rates of suicide, especially children suicides recorded for Russia should be also taken into account.

All these victims by capitalism, all its filth that can be observed with a naked eye, once again testify to the exhaustion of this social-economic formation. There are people who understand this and communists will do everything in their power to increase the number of such people, so that bourgeois authorities and their henchmen could not go on deceiving and intimidating wide strata of people with the terrorism that has allegedly pure national or religious origin. Apart from Socialism for humanity there is no other way to attain a victory over terrorism and even more, to achieve the development. The struggle with terrorism unless it’s bound to the struggle for Socialism is of little effect and is basically ostentatious counteraction to external manifestations of terrorism or even just a lip service paid to the struggle when under the guise of this struggle the imperialists routinely wheel and deal.