A photo story of the CPC 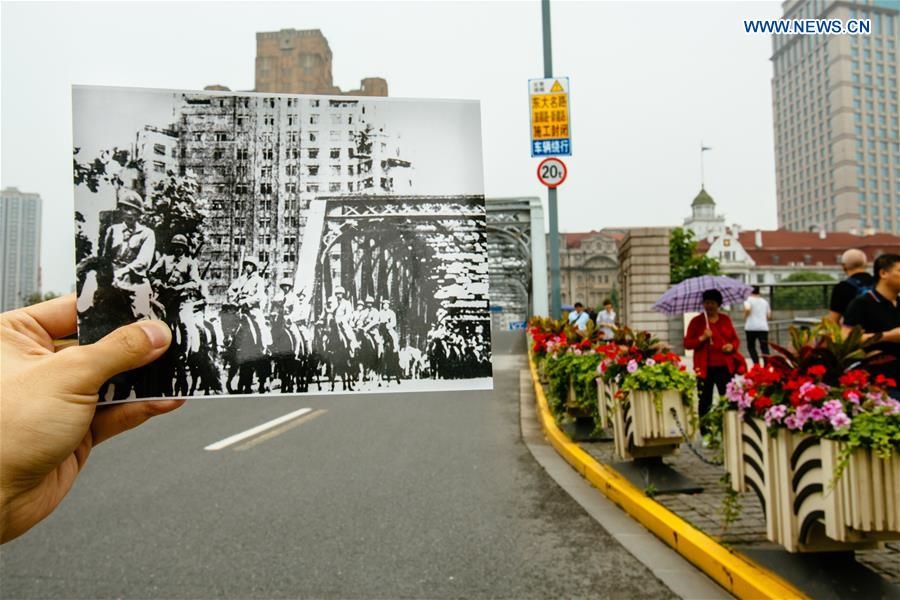 Xinhuanet released an online photo gallery at the 95th anniversary of the founding of the Communist Party of China (CPC). At the gallery there are nine file photos of particular locations and events taken in 1921, the year CPC was founded.

The photo above is a file photo, taken on May 25, 1949 showing soldiers of the Chinese People's Liberation Army on the Waibaidu Bridge, is put to match the real scene of the bridge in Shanghai, east China, May 24, 2016.

The Shanghai campaign of the People's Liberal Army, launched against the nationalist Kuomintang started in May 12 and on May 26 the the Army gained full control of the town.