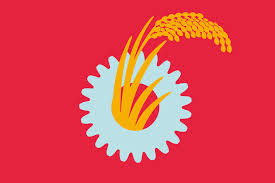 The Japanese Communist Party (JCP) stated that they could step back about the US-Japan Security Treaty, on the condition of a national coalition government.

The Japanese Communist Party (JCP) Chairman Kazuo Shii has made a statement saying, the JCP would step back from its policies demanding the abolishment of the US-Japan Security Treaty and the dissolving of the Self Defense Forces (SDF) on the condition of JCP participating a national coalition government with other opposition parties.
It is known that JCP has been opposing the security treaty with US and has claimed that SDF violated the Constitution of Japan for a long time.

Apart of their opposition to the coalition goernment Liberal Democratic Party (LDP) and Komeito, Shii said :

“I am convinced that at present, a vision to form a national coalition government is the only realistic and rational answer to the Abe administration.”

The coalition government of Japan, enacted a security legislation which expands the activities of the SDF abroad and enables troops to fight overseas when an ally is under attack. Shii stated that they could compromise on the US-Japan SecurityTreaty only with the condition of a national coalition government in which JCP would take part.

On the other side, despite Shii's statements, the president of the main opposition, Democratic Party of Japan, Katsuya Okada, expressed their reluctancy to form a coalition with JCP. Okada stated that “there are too many differences in terms of basic policies” between the two parties.