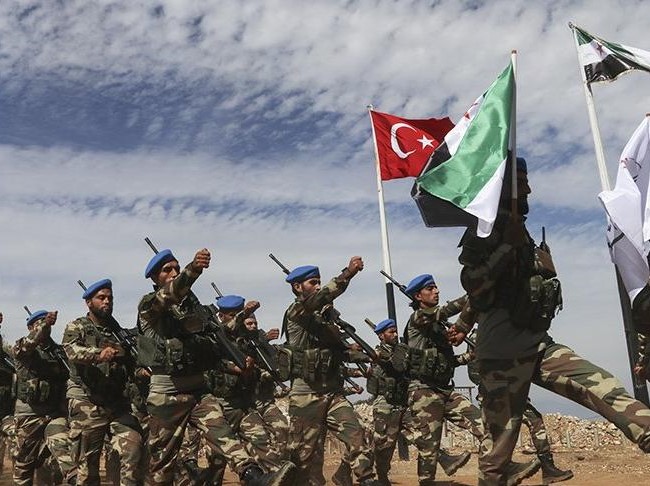 The CP political committee dismissed as 'utterly false and cynical' the Turkish pretext for this latest invasion of Syrian territory as an 'anti-terrorist' exercise intended to bring peace and stability to the region. Ms Stavris called upon the British government to demand UN sanctions against the Erdogan regime and the immediate withdrawal of all Turkish forces from Syria. "Instead of opening another bloody chapter in Western imperialism's history of violence and subversion in the Middle East, Britain and other Western powers should respect the sovereignty of the Syrian people and their government," she insisted. The CPB reiterated its support for Britain's withdrawal from the EU on October 31 so that the Labour Party can concentrate on fighting a General Election on the left and progressive policies agreed at its recent conference.

The French Communist Party (PCF) condemned the "criminal Turkish aggression against the Kurds of Syria." The statement of the Party put forward that R. T. Erdoğan intends to slaughter the Kurds, proceed with an ethnic cleaning, and recycle the incarcerated members of the Islamic State for the sake of his politic of territorial expansion and running for ultra-nationalism. The Party described the Kurds as "artisans of the fight against the Islamic State and one of the principal forces of democratic peace in the region," but left "alone and betrayed by the coalition, in the face of barbary and obscurantism." The PCF called upon the governments of France and the European Union to "sanction with all means the dictatorship of Ankara." The Party demanded the UN Security Council to place the Kurds under international security.