Decision nixing Facebook's scheme approved by all the communists of India 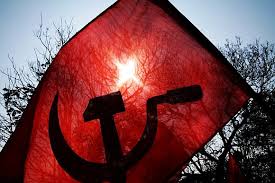 Telecom Regulatory Authority of India (TRAI) released a decision saying no company can charge subscribers different prices for access to different type of content. This decision means India will not allow Facebook's free internet scheme. The Hindustantimes reports that, Facebook had been arguing with TRAI over Free Basics, for the last few months, and has been trying to gain support for the platform through advertising campaigns and a poll on its platform asking users to save Free Basics. TRAI has put an end to these by releasing the final decision.

The statements by the CPs are as follows:

The Central Secretariat of the Communist Party of India, welcome the decision of TRAI on net neutrality. This is a decisive defeat to those who tried to manipulate the internet mobile data on the name of free services.

Millions of young people all over the country relentlessly fought to defend the real net neutrality and CPI congratulates them for their victory.

Attempts of commericalisation of internet and mobile data and trying to get monopoly in the field harms the free exchange of information. People should be vigilant about such attempts in future also.

The CPI (M) welcomes the decision of the Telecom Regulatory Authority of India (TRAI) disallowing service providers from offering or charging discriminatory tariffs for data services on the basis of content.  The CPI(M) has always held that net neutrality is a fundamental pillar of the internet.

The consultation process was conducted amid an unprecedented publicity drive by Facebook and certain other companies to sway public opinion but they failed to do so. The decision of TRAI in this case and its efforts of conducting consultations is to be commended.  CPI(M) also congratulates all the internet activists who fought for net neutrality and whose strong views ensured such a decision.

The CPI(M) also wishes to use this opportunity to impress on the government the need for improving access to the internet to all sections of the society so that they can benefit from the immense potential of the medium. Recent reports indicate that nearly Rs. 39,000 crore collected as part of the Universal Service Obligation fund lies unutilised. Mobilising such resources to launch a massive campaign to bring more people the benefits of information technology must be a priority of the State."