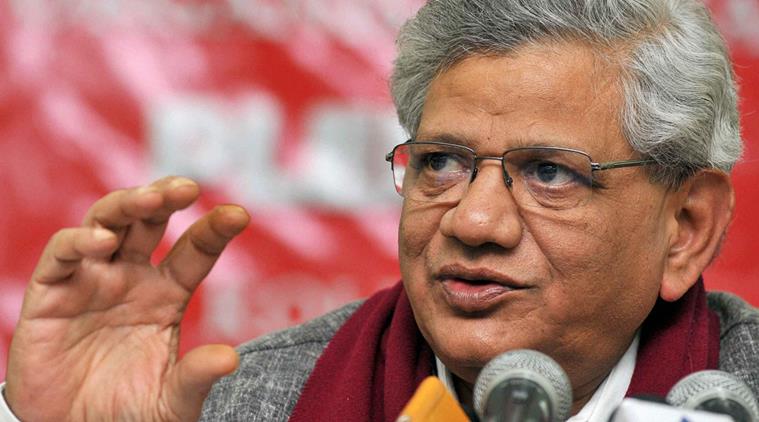 The General Secretary of the Communist Party of India (Marxist) Sitaram Yechury,  discusses the state policy on stressed bank loans as a tool for saving the the Indian rich at the expense of the working class.

The Communist Party of India (Marxist) discussed the stressed bank loans in a letter by GS Sitaram Yechury addressed to the Prime Minister Narendra Modi. The state's policy to set up a "bad bank" for bad loans is expected to the save the Indian rich from public claims at the expense of the working class.

The stressed loans in India's banking sector has crossed $138 billion in June, increasing 15 per cent in six months. The financial capital expects the Prime Minister to revive the weak credit and recover Asia's third largest economy. India's central bank set a March deadline to fully reveal the problem of bad loans for banks which is dominated by two dozen state-owned banks accounting for 88 per cent of the bad loans.
The General Secretary of CPI(M) Sitaram Yechury, wrote a letter to the Prime Minister last week underlining the risks in setting up a "bad bank" and warned about its consequences. This was the second letter of CPI(M) addressing Modi, the first being written in July 2016 about the alarming increase in the Non-Performing Assets (NPA) of state-owned banks and the government's reluctance to recover these bad loans.

In this second letter, Yechury mentioned the recent reports showing that bad loan provisioning for most state-owned banks had doubled - and even trebled in some cases -- in 2015-16. GS underlined that while the government showed a lack of effort to recover these bad loans, "the farmers continued to be hounded for repayment of minor amounts in drought years".

The letter discussed the attempt of the government to establish a "bad bank" for recovery by saying:

"These big borrowers have viable assets which can be easily recovered by banks, if backed up with political will and determination. Instead, we have seen a proposal to divert all the bad loans from state-owned banks by creating a single 'bad bank'. It is an attempt to portray a clean-up of bank account books by diverting the bad loans to a separate new entity, which will still be government owned."
"This 'bad bank' will still be furnished by public money as all the other banks will be recapitalised by your government, while big borrowers would be allowed to go scot free at the cost of the honest tax-payer. This amounts to the cronies being rewarded for their profligacy, bad business practices and their lavish personal lifestyles by the hard earned savings of the vast majority of the middle classes and the poor of this country."
Referring to the previous letter, the General Secretary of CPI(M) reminded the need for the government "to put into practice an urgent action plan to start recovery of pending loans from top 100 borrowers". The letter proposed to make public their names with the due amount and added that the government would otherwise be named as making the working people pay "for the criminality of the rich defaulters".
Tweet