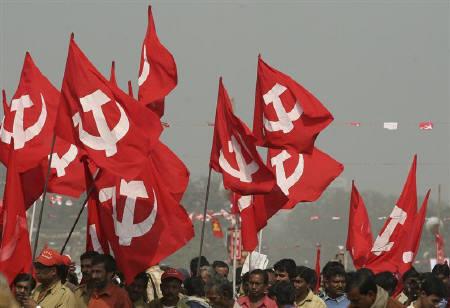 The Polit Bureau of the Communist Party of India (Marxist) ( CPI-M) condemned the threats of the National Volunteer Organization (RSS), the fascist paramilitary force, against the Kerala Chief Minister.

The Kerala Chief Minister Pinarayi Vijayan was threatened by the  National Volunteer Organization (RSS) leader in Ujjain, Madhya Pradesh announcing “a Rs. 1 crore bounty for the Chief Minister's head”. This reconfirmed the terror of RSS backed by the Hinduist BJP government escalating in recent months. The Polit Bureau of the Communist Party of India (Marxist) condemned the threats of the RSS, the fascist paramilitary force.

Only last week, the student wing of the RSS, the All Indian Student Council (ABVP) first disrupted a seminar being organized in Ramjas College and then attacked the students, teachers protesting the ABVP and also the media, injuring several people.

The Delhi Police were protested of neglecting the attack, with the participation of the Delhi University Teachers Association and the Academic Council. During the march the protestors were also attacked by the Delhi Police.

The attacks and threats were condemned by the Polit Bureau of the CPI(M) demanding immediate action in accordance with law by the state and the central governments. The CPI(M) underlined the collaboration of RSS and the BJP concerning the escalating pressure.