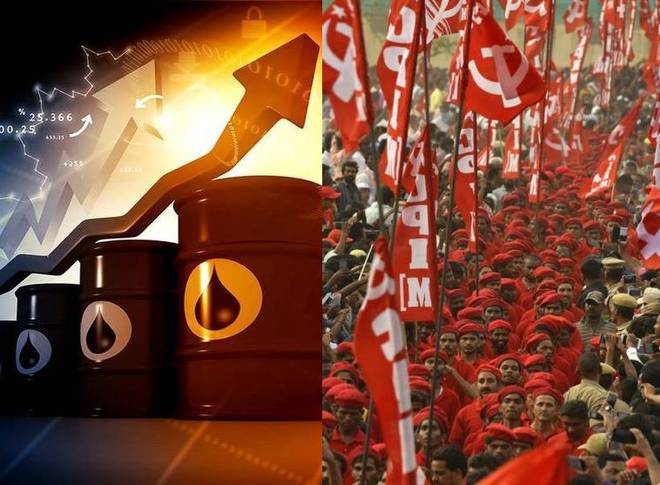 The Polit Bureau of the Communist Party of India (Marxist) condemned the astronomical rise in the prices of petrol and diesel in the country.

According to the statement issued on 27 April by Hari Singh Kang from the Central Committee Office, the sharp increase in the retail price of petrol and diesel is having a backbreaking impact on the ordinary people of this country. The price of the petroleum products have the obvious cascading effect on the essential commodity prices which the common man uses for daily life.

The Political Bureau of CPI (M) firmly expressed that this unusual rise which makes retail prices of petroleum products in India, the highest in South Asia is principally on account of the tremendous hike in mopping up revenues by the central government, through excise duties.

The Polit Bureau demanded that the central government should immediately roll back the duty to provide some relief to the people who are coming under tremendous burden. The Polit Bureau called upon all its units to observe 8th May as an all India Protest Day demanding the immediate rollback of duty hikes.

It was underlined in the statement of the CPI (M) that this is particularly necessary after the central government willingly allows lakhs of crores of rupees as tax waivers to top corporates of the country. The PB of CPI (M) appealed to all other democratic and pro-people forces to join in this action to force a roll back of excise duties.