Communists of Russia condemn and assess the murder of Zakharchenko 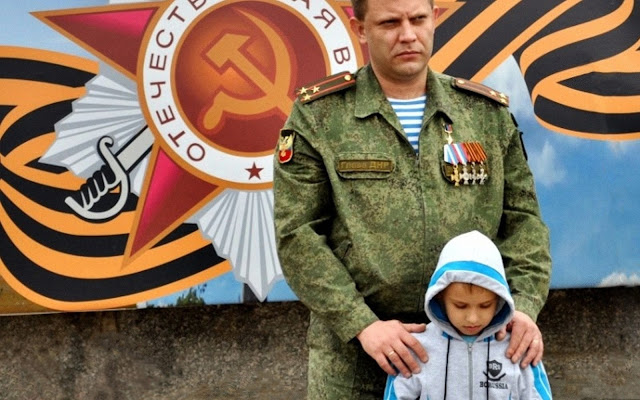 The statement of the Communist Party of the Russian Federation was issued by CC Chairman, Gennady Zyuganov. The statement pointed out that this assault is the last link of the chain of crimes starting with the Gorbachev and Yeltsin era by ‘Russophobes and anti-Soviets’. As the Soviet Union broke up, the so-called ‘independent’ countries created Nazi war-time heros for self-assertion. In Ukraine, the Organization of the Ukranian Nationalists headed by Stephan Bandera had become the hero. According to the statement, the murder traces back to the struggle of for human rights and freedoms against the Ukranian government assuming the legacy of Bandera.

‘The multinational working people of Donbass had a special character, absorbing Russian culture and Soviet values’ said the statement. At that point, the attempts of the Nazi minority to impose their own rules and ideology, to prohibit the Russian language met with special resistance, especially after the events in Maidan in Ukraine, the struggle of the Donbass people for a decent life was led by Alexander Zakharchenko and his associates. ‘They became the banner of the struggle against Bandera, they built their independent republic bravely and painstakingly. Now he's gone. But his cause will continue.’

In the statement, Chairman Zyuganov underlined that Russia’s recognition of Abkhazia and South Ossetia, ‘in protecting the interests and security of their people’ was a decisive step, and the recognition of Lugansk and Donetsk People’s Republics was ‘a real opportunity to stop Bandera terror, to stop the series of murders, and destroy the vicious chain of crimes that were started in the years of Gorbachev's and Yeltsin's rule’. The CPRF expressed its condolences, reminded the Party’s support for the people of Donbass and said, ‘We will defend the Donbass in every way.’

The secretariat of the CC of the Russian Communist Workers’ Party-Communist Party of the Soviet Union (RKRP-CPSU) issued a statement signed by the First Secretary of the CC RKRP-CPSU, V. Tyulkin. The statement referred to popular predictions about the murder and reminded that fact that ‘the answer to the questions "Who is the killer?" and even more significant - "Who benefits?" lie in the mainstream of class analysis’. It pointed out that this is the work of imperialism.

According to the statement, during the short history of the Donetsk and Lugansk People's Republics many murders had already been committed - both among the political leadership of the republics and among the prominent commanders of the armed forces. The statement said, ‘They kill the most respected figures among the people - usually more leftist, more Soviet convictions than other leaders. All of them have the common idea expressed in the statement of Alexander Zakharchenko: "In the past, the present and the future, we will always consider ourselves as a part of the Soviet Union".

The statement asserted that Zakharchenko retained the potential of the organized power of miners and tractor drivers to control the political struggle and constitute the emerging ‘people's power’. Zakharchenko had pursued a line of nationalizations of large means of production and trade, gradually introducing elements of a planned economy ‘which limited the appetites of insatiable "fat cats" of capital’, constituting 25% of the industrial potential of Ukraine. In addition, Zakharchenko had given importance to the system of education as ‘the most important factor of the fortress of the future state’.

Regarding the role of Kremlin, the RKRP-CPSU also made the following assertions: ‘We are not so naive as to assume that the special services of the republics act independently, without the supervision and assistance of the relevant Russian services. This assistance, in fact, has never been concealed by the Russian authorities. So the question arises: Are the Russian authorities so inept and helpless that they are unable to protect even the top leadership of their allies, or they have no task to prevent the commission and disclosure of these crimes.’

The statement underlined that ‘the practice of the struggle shows again and again that a pure people's democracy, the so-called democracy under capitalism, does not and can not exist. The struggle for genuine democracy is possible only on the path of struggle for socialism, for the power of the working people, with the leading role of the organized working class.’ The CC of the RKRP-CPSU expressed its condolences to relatives, friends, and comrades of arms of Alexander Zakharchenko, to all the working people of Donbass, declaring that ‘despite the heavy loss of Zakharchenko, the communists of Russia, Donbass and Ukraine will continue to fight fascism, generated by capitalism’.