Communists on the Lok Sabha Elections 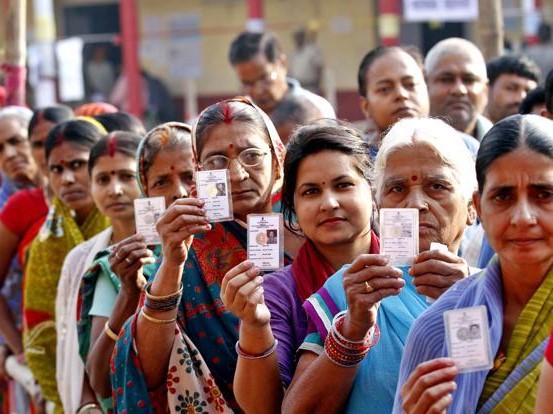 Communist Parties in India commented on the victory of the BJP-led NDA.
ICP, 30 July 2019
The Central Committee of the Communist Party of India (Marxist) met at New Delhi on June 07-09 and issued a statement offering a preliminary review of the Lok Sabha Elections. The verdict of the 17th Lok Sabha elections has given the BJP-led NDA a larger number of seats and a larger vote share than it had won in 2014, constituting a decisive mandate in their favour. The CPI(M) states that the rightwing offensive unleashed by the BJP during the last five years has consolidated with this mandate.

The Party analyzes that the BJP has won this decisive victory on the basis of unprecedented money power and full support of the international and domestic corporates. The CPI(M) criticizes the opposition parties, the Congress in particular, because they failed to put in place the unity of secular opposition parties that was being projected in the run-up to the elections. "A campaign to safeguard secularism as against the communal offensive was not conducted. Soft Hindutva is not the answer for hardcore Hindutva. The ideological battle between Hindutva and secularism was not forcefully conducted."

The CPI(M) and the Left have suffered a severe setback, particularly in their strongholds of Kerala, West Bengal and Tripura, where the elections were held in an atmosphere of intense terror and violence. Five CPI(M) activists in West Bengal and one in Tripura lost their lives in such violence. It is certain that the Election Commission could not implement its assurance to conduct “free and fair polls”. In West Bengal, elections were held in a highly polarized atmosphere. The media played a big role in building a binary narrative that aided such polarization between the TMC and the BJP. The CPI(M) and the Left Front were not seen as the alternative and this led to a shift in a section of their traditional votes. The Congress’s refusal to accept the Left’s proposal for maximizing the pooling of anti-BJP, anti-TMC votes bolstered this binary narrative.

The Central Committee of the CPI(M) notes that the independent strength of the Party and its political intervention capacities continue to be weakened. That is why it adopted a number of measures and tasks in order to meet the serious situation due to this setback for the Party.

According to the press communique issued by the Communist Party of India (CPI) General Secretary S Sudhakar Reddy, the National Council of the Communist Party of India convened in Ajoy Bhavan, New Delhi on July 19, 20 and 21. The National Council of the CPI vehemently criticizes the move of the RSS-controlled Narendra Modi government to push the country towards extreme right. It is noted, "despite sincere efforts by the CPI for the last two years to unite all secular, democratic parties to defeat BJP, many parties which expressed that desire to unite, in practice miserably failed due to narrow petty interests of leaders and groups." While a broad understanding among the secular and Left parties did not succeed in many states, it is reported that BJP had understanding with 44 parties in different states.

The Party asserts, "No doubt the victory of NDA led by BJP is a political challenge before us. Aggressive, muscular, chauvinistic cultural nationalism as advocated by RSS needs to be countered. This is a stupendous task as any alternative narrative must embrace the concept of unity in diversity considering caste, language, religious and other difference amongst the people and also present an alternative economic development vision of inclusive and sustainable development."
The National Council of the CPI considers the Left defeat in this election as a very big setback, leading the Party to an unprecedented challenge. The entire Left is reduced to five seats in the present Parliament, which is the lowest ever representation of the Left after independence. In the coming period, it is expected that the fascist offensive in all likelihood will get intensified and that there will be more misery to masses. The CPI will be reequipped to defend the Left and democratic movement in the country throughout a special conference devoted to Party reorganization.
During the meeting, many resolutions on different issues were adopted by the National Council of the CPI.
See the link for the statement of the CPI(M).
See the link for the press communique of the CPI.
Tweet