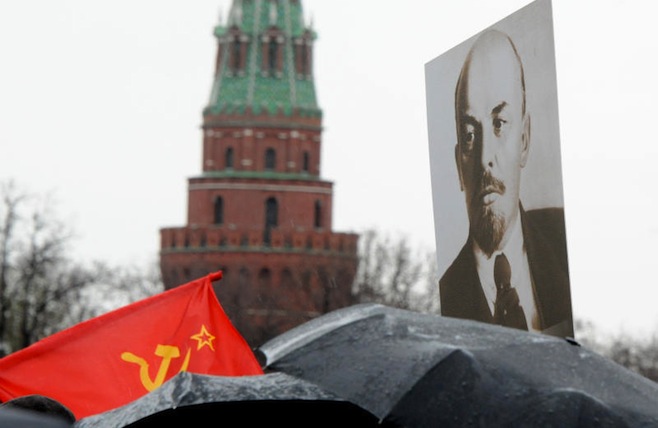 According to Moscow Times, a Russian court has fined three Communist Party of Russian Federation (CPRF) members 10,000 rubles ($150) each, for laying flowers at a monument of Vladimir Lenin, ruling they were "guilty of organizing an unauthorized rally".

The court was held on a complaint by a local official. A CPRF spokesperson stated that the Communists' organized crossing of a road were considered as "holding a march", and their placing flowers near Lenin amounted as "unauthorized demonstration" by the court.

The fined Communist activists were reported to maintain they did not carry any banners or loudspeakers, and did not advance any political or social demands during their appearance at the monument.