Bounnhang Vorachit voted as the next communist leader of Lao 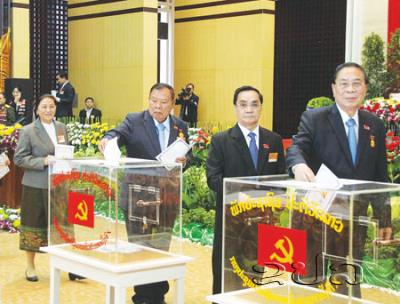 The 10th Congress of the Lao People’s Revolutionary Party (LPRP) was closed on 22th January electing the next leadership.

The official news agency of Lao, KPL, reported that Vice President Bounnhang Vorachit has been elected as new Secretary General of the Party, replacing his predecessor Choummaly Sayasone who had been in the post for almost 10 years.

At the five-day congress, held on Jan 18-22 also the new politburo, Central Committee of the Party, and its secretariat were also elected and assigned.