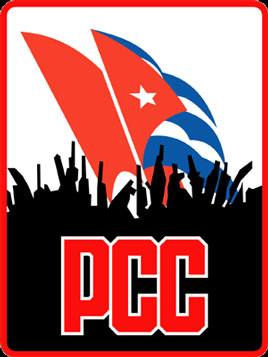 Addressing speech of Carlos Rodríguez, Third Secretary and Deputy Head of the Cuban Embassy at the public event of New Communist Party of the Netherlands (NCPN) at 7th November.

It is a great honor for us to be here today, sharing with you some thoughts about the current Cuban reality and its relations with the rest of the world.

Before I enter in specific issues on Cuba, allow me to highlight the meaning of today’s date: November 7th. On November 7th 1917, a communist Revolution triumphed in Russia. The October Revolution opened up wide possibilities and paths for the emancipation of the peoples of the world. It formed a new front of revolutions against the imperialism, which spread itself along many countries. This front of revolutions was formed and developed under the enlightened leadership of Lenin and later on under Stalin, Mao among other leaders.

The Cuban Revolution received that influence and it´s still alive up until present day. Therefore I want to express proudly, one more time, Cuba´s commitment with the communist ideology and I can assure you that it will continue to be the guidance of our future.

From the domestic point of view, my government is in the middle of a process named: the updating of the Cuban social and economic model. This, in other words means that Cuba is changing and that my country is taking all necessary measures to reorganize the economy and to improve the lives of its citizens. But such measures are in line with a sovereign decision. They are being taken because the Cuban people decided to promote them.

So Cuba is changing within its social model, which is socialism. The majority of our people want to preserve socialism as our system, because we believe that it is a fair system and that it works, even though when we know that it´s far from being perfect and that many difficulties still have to be solved.

Economic growth is a necessity. This is why for us the keywords for the Cuban economy are "sustainability" and "prosperity", apart from modernization and increase of productivity. The structure of property in Cuba is changing as well. There are more owners of small businesses, more cooperatives in agriculture and services, although the planned economy is still the focus of the Cuban economy. Industrialization and modernization is a very important perspective for the Cuban economy of today. This is why another focus has been the development of high-tech equipment: this is very important for the future also. Moreover, the production of food on the farms, to be self-sufficient, is a strategic priority for Cuba.

Now turning to the international arena, it is known that Cuba has always had a strong presence and activism. I cannot avoid mentioning the fact that the U.S. and Cuba reestablished diplomatic relations in a recent date and that both nations are looking forward to boost economic ties.

The unconditional lifting of the economic, commercial and financial blockade.
The return to our country of the territory illegally occupied by Guantanamo Naval Base.
The cessation of radio and TV broadcasts, and of subversion and destabilization programs against the Island.
The compensations to the Cuban people for the human and economic damages that still endure.

As you can see, the lifting of the blockade is the most important priority and while the blockade remains in force, we will continue presenting the Resolution entitled “Necessity of Ending the Economic, Commercial and Financial Embargo imposed by the United States of America against Cuba”, that every year is presented at the United Nations.

The blockade has failed as the instrument of the US to destroy the Cuban Revolution and President Obama has admitted this himself. Only a few small measures have been taken to “loosen” the blockade, which is still intact. President Barack Obama has a lot of prerogatives to do more in that regard. He can take more measures in order to keep loosen the blockade, while a serious discussion is promoted within the US Congress to end with this non-sense policy.

After December 17, the implementation of the blockade against Cuba has remained unchanged. In fact, financial persecution has increased and consequently Cuba has received more punishment and less opportunity to receive money from outside our country.

Under President Obama’s administration, the blockade has been further tightened and its extra-territorial implementation has been intensified through the imposition of 42 fines on US and foreign entities to the value of almost 14 thousand million USD dollars.

The blockade is an illegal and hostile act. It is the main obstacle towards the normalization of the relations between Cuba and the US. Cuba cannot freely export nor import products and services to or from the US, which is a natural market, since it is located in our geographical area. We cannot use the US dollar in our international financial transactions or having accounts in that currency in banks of third countries.
For more than 20 years now, almost the whole international community has been claiming for the lifting of the blockade and nothing has happened so far.
In October 27 2015, just a few days ago, Cuba upholded its annual call at the United Nations General Assembly for ending this unilateral policy. Fortunately we counted, once again, on the support of the majority of countries of the globe, but regrettably and contradictory the US and Israel decided to vote in favor of this unfair policy.
We are confident that sooner or later this policy will come to its end and when that time arrives, mankind will never forget the heroic resistance of the Cuban people. Cubans will continue to defend the gains of the Revolution, such as education, public health, social security, and many other benefits that are enjoyed by our population.
So to all our comrades and friends not only in The Netherlands but also in Europe, please, we kindly ask you to continue to support Cuba and the Cuban Revolution, and to continue spreading the truth and reality about Cuba. Never stop promoting the social ideals of the Revolution, which are not created just for the Cuban people, but for all those people who believe that a better future is possible.
Long live the Communism!
Thank you very much."